Some thoughts on the return of John Carpenter and Alejando Jodorowsky

A couple of press releases appeared in my inbox over the last few days, both announcing the surprising return of two increasingly elusive filmmakers. 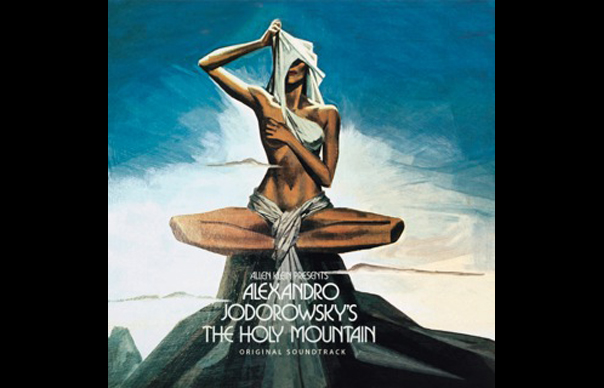 A couple of press releases appeared in my inbox over the last few days, both announcing the surprising return of two increasingly elusive filmmakers.

But more pertinently, these aren’t heralding the forthcoming release of new films; but new music instead. John Carpenter has announced his debut solo album Lost Themes, while the soundtracks from two Alejandro Jodorowsky films are also forthcoming.

As a filmmaker, Carpenter seems to have become an increasingly marginalised force since his Eighties’ heyday; his last film, 2010’s The Ward, barely got a UK release. But increasingly, his soundtrack work has been cited as a significant inspiration for the synth and noise underground; you can hear the influence of his haunting atmospherics and subtle drone textures in the weird, gloomy, vaguely industrial soundscapes of artists like Raime or Demdike Stare; Cliff Martinez’ Drive soundtrack, too, owned much to Carpenter’s work in its bubbling analogue synth lines.

You can hear the first track from Lost Themes – “Vortex” – below, while the album’s tracklisting includes titles like “Abyss”, “Dominion”, “Obsidian” and “Wraith”, which suggests that Carpenter’s moody sonic palette hasn’t diminished; nor his sense of humour.

The release of the soundtracks for The Holy Mountain and The Dance Of Reality signal a different kind of creative rebirth for Jodorowsky. The Chilean filmmaker made his reputation with 1970’s El Topo, a wild mix of spaghetti western and eastern spiritualism. John Lennon was a fan, and subsequently introduced the director to Allen Klein, who invested $1 million in Jodorowsky’s ambitious follow-up, The Holy Mountain. Essentially the story of a thief who embarks on a quest for immortality, it memorably featured the conquest of Mexico as re-enacted with chameleons dressed as Aztecs and toads playing conquistadors. The Holy Mountain score was recorded with Don Cherry and Ron Frangipane.

The Dance Of Reality, however, comes from Jodorowsky’s first film in 23 years; as yet unreleased in the UK, though it debuted at Cannes in May 2013. Its release coincided with a new documentary, Jodorowsky’s Dune, which documented the director’s failed attempt to film Frank Herbert’s sci-fi novel. Again, this is currently unavailable in the UK, but presumably easy enough to track down online. The soundtrack for The Dance Of Reality was recorded by Jodorowsky with his son, Adan, a musician in his own right. Personally, I hope the film makes it over here soon; but for now, the soundtrack promises to be an enticing glimpse of new work from a genuinely out-there filmmaker.