Some thoughts on the welcome return of Elizabeth Fraser

New TV soundtrack is her most substantial work for 20 years 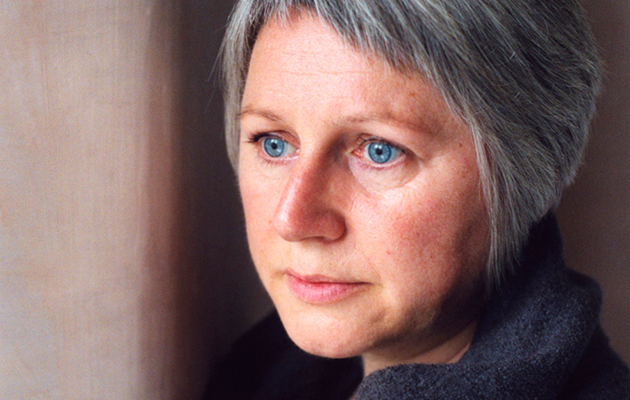 After the chaos of the last few weeks, it’s gratifying to finally come across some good news. While not entirely unexpected, the return of Elizabeth Fraser is certainly welcome in a year that has so far amassed more than its fair share of dismal tidings. As far back as 2012, Fraser confirmed that she had assembled an album’s worth of new material; but intriguingly her return to active service has taken a more unexpected form. In collaboration with her husband, Damon Reece, she had written the score for a new four-episode miniseries, The Nightmare Worlds Of H.G. Wells, which begins on Sky Arts on January 28. The score is Fraser’s most substantial work since the Cocteau Twins’ Milk And Kisses in 1996.

Fraser has spoken about her apparent reluctance to engage with music. In a rare interview with The Guardian in 2009, she spoke of her difficulties recalibrating after the break-up of the Cocteau Twins and her relationship with Robin Guthrie – “I’m swamped in feelings I can’t deny,” she told the Guardian in a rare interview in 2009. But reports of Fraser’s withdrawal from music have been greatly exaggerated. At this point, I’m reminded of the depiction of David Bowie as a JD Salinger-style recluse in the years between Reality and The Next Day – which seemed to ignore his busy workload of film and TV appearances, commercials or even a prolific and hands-on role curating a New York music and arts festival. Equally, Fraser has herself hardly been idle in the years since the Cocteau Twins’ split; but she has certainly chosen her projects meticulously.

Outside the Cocteau Twins, Fraser has become best known for her collaborations – the most successful, “Teardrop” with Massive Attack, was a Top 10 UK single. She also worked with Ian McCulloch, Future Sound Of London, Craig Armstrong (their track, “This Love”, is excellent), Michael Kamen, Peter Gabriel and Breton musician Yann Tierson. There have even been two singles: “Underwater” in 2000 and “Moses” in 2009.

On a larger scale, she added a touch of elfin magic to Howard Shore’s Lord Of The Rings scores, filling a role pitched somewhere between Enya and Annie Lennox. Yet the image persists of Fraser as an elusive and enigmatic presence – perhaps like Lorelei, Donimo or one of the other mysterious, illusory characters on the Cocteau’s album, Treasure. When Fraser took the stage for the first of two performances at London’s Meltdown festival in 2012, the cry that elicited the biggest cheer from the crowd was simply, “Where have you been?”

All the same, soundtracks seem to suit Fraser’s temperament. She can fulfill her creative impulses, but is subsumed within a bigger project; she is not required to step into the spotlight and perform – an aspect of being in a band she admitted she struggled with. Listening to part of the soundtrack in the trailer for the series below, it’s easy to see – perhaps erroneously – parallels between Fraser’s return to active service with The Nightmare Worlds Of H.G. Wells and Bowie’s decision to give a segment of “★” to another Sky original drama, The Last Panthers. Quite where Fraser’s return will go is anyone’s guess at this point – will there be a soundtrack album? or is this unrelated to the material she has amassed previously? – the fact that she’s making music again, and crucially allowing us to hear it, is simply enough for now.