Usual excuses about too much work to do (currently: a forthcoming Ultimate Music Guide on The Kinks, and the dark mathematics of Uncut’s end-of-year charts, as well as the rest of the next issue) mean that I failed yesterday to write a review of the Six Organs Of Admittance show at Birthdays in Dalston. 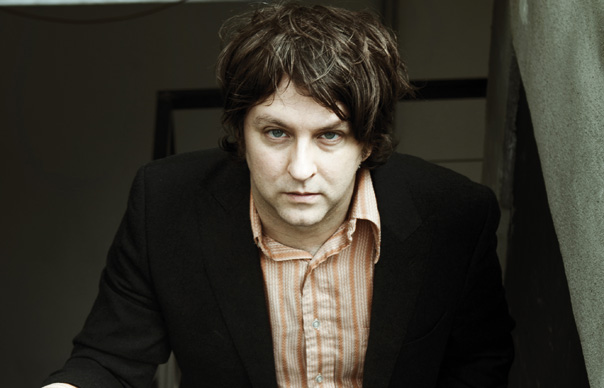 Usual excuses about too much work to do (currently: a forthcoming Ultimate Music Guide on The Kinks, and the dark mathematics of Uncut’s end-of-year charts, as well as the rest of the next issue) mean that I failed yesterday to write a review of the Six Organs Of Admittance show at Birthdays in Dalston.

Anyhow, Six Organs/Comets On Fire drummer Utrillo Kushner opened, moonlighting as Colossal Yes, with a rented keyboard he described as “shit” and having a “horrible sound”, and a harmonica damaged in some obscure way on a plane to resemble a “broken penis”. Not quite the sprightly/plaintive Van Dyke Parks/Harry Nilsson vibes of my favourite of his records, “Acapulco Roughs”, perhaps as a consequence, but still pretty nice (I’ve only just got hold of his new one, “Loosen The Lead And Spoil The Dogs”) . As were Red River Dialect from Cornwall, more or less, who are now transcending a relatively self-conscious start (their newest release, “Awellupontheway”, is by some distance the best) with some fervid three-guitar + fiddle workouts. You could place them as an Anglo-celt analogue to folk-rock churners like Arbouretum and, especially, PG Six, though there’s something of The Waterboys circa “A Pagan Place” in there, too. What a clunky paragraph that was.

Ben Chasny has been toggling between his own Six Organs and the more democratic free-rock symposium of Rangda for a while now (there’s a neat compare-and-contrast review of both bands’ London shows at Dalston Sound). In Rangda, drummer Chris Corsano plots trajectories that are as liberated and tricksy as those of Chasny and Sir Richard Bishop. The current Electric Six Organs configuration, however, is anchored by the comparatively disciplined backline of Kushner and bassist Ben Flashman, who stay tight while Chasny solos vigorously over the top.

It’s easy to see this as a kind of econo-Comets On Fire, with Ethan Miller and Noel Von Harmonson (who figured with their three old Comets bandmates on Six Organs’ mighty “Ascent”) presumably busy with Howlin Rain and Sic Alps respectively. The thing about Chasny, though, is that he’s one of those restless artists who is never content to play straight, but continuously reinvents his own music.

So while much of this swift and furious set is based on “Ascent”, the sound has pragmatically shifted a little: from primal but ornate two or three guitar jams, on to rearing power trio theatrics. A long simmering intro leads to a paint-stripping invocation from Chasny, and then “Waswasa”, the intricate boogie of the recorded version being burned off and replaced with slashed grandstanding.

This being Chasny, again, it’s hardly crass posturing, for all the dry ice that shrouds Kushner and Flashman’s habit of firing his bass at the roof. As I’ve seen him do in Rangda and Comets, Chasny plants himself way off to one side, obscured to some degree by the amps, only to lurch forward violently as he doubles up over his guitar. With no Miller to play off, Chasny has a lot of work to do on these superb songs – “Even If You Knew”, “Close To The Sky”, “A Thousand Birds” – and he oftens opts for an elevated kind of shredding to compensate.

Amidst all the frenzy, though. the arcs and protean melodies of these pieces are still apparent. Where Chasny will take Six Organs next is anyone’s guess – it’s hard to imagine him being content to stick with this throbbing, heavy iteration for much longer. Right now, though, it’s maybe my favourite manifestation thus far of this endlessly interesting musician.

Bit of back-up: my review of “Ascent”; and my Q&A with Chasny about the record.

This was initially planned to be an intro to my usual Wednesday playlist, by the way, but it got out of hand. I’ll post that later in the day, all being well.