Richard Dawson’s favourite albums: “It takes a while to learn your lessons” 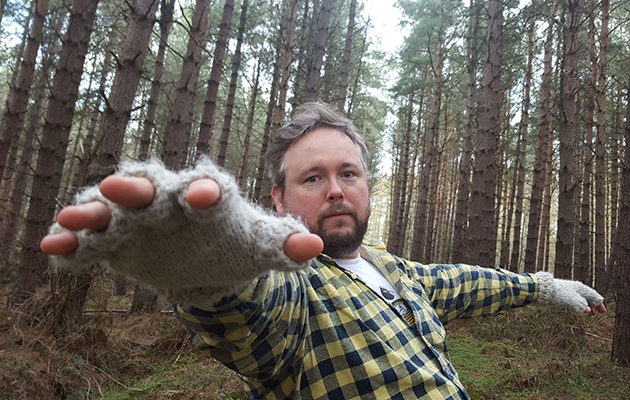 The radical folk warrior on the records that have altered his brain chemistry, from Iron Maiden to Sun Ra…

When I was about 12, I used to creep into my sister’s room and try out her records. One of the first ones I tried was this, because of the amazing artwork. It was so exciting. I loved the raw sound of it, but there’s also stuff in there that’s as complex as classical music. I’d only heard pop up to that point, so it really blew my mind. I think when people think about Iron Maiden they think about the cod-rock fantasy thing, which is all well and good, but the first couple of albums are really urban, and feel quite dangerous. I’ve still got it, it’s out on the play pile.

I could have picked any number of Sun Ra albums, but recently we’ve been listening to this one on tour. It’s really great, you can really hear the room. To me, it teaches something about how to play free music: you don’t have to be wild, you can just be very spacious and loose. It almost sounds like an odd little wooden puzzle, it’s got this clockwork feeling to it. It’s helped us in many a rainy traffic jam, it just keeps your momentum up. I’m totally into the myths too – he wasn’t human, he didn’t identify as such, and he has good reasons not to do so. To me, he’s the cornerstone of all music.

It’s a beautiful record, just completely faultless. But it’s so strange – the bass on it is turned up so loud, it’s fabulous. What I really like about Diana is that she has this glassiness about her delivery, which I think makes everything much more moving. I got into this when I worked in a record shop, and it wormed its way in. I didn’t love it at first, but then I started to see it less as a Motown record and more as a slightly odd space band. I had to track down a copy myself – I’ve got it for five or six people since, that’s how much I like it.

This was recorded in 1978, I think, so you can hear the tape hiss, you can hear all these imperfections on the tape. Also the bass is tuned flat, and it gives the record this full feeling, it’s really amazing. If that bass was perfectly in tune and on the nose, the record wouldn’t sound half as good. When everything isn’t quite fitting together, then things have to bleed over the edges of everything else, and it makes for a really interesting sound. It’s also got one of my favourite guitar solos – it’s almost like a little tweeting bird. I know this isn’t very helpful for a magazine article, but you’ll have to hear it!