Instant albums do not, as a rule, encourage reflection. There is surprise, sometimes indignation, a social media flame war, a lot of static about delivery systems. Once the 38 minutes of, say, Thom Yorke's "Tomorrow's Modern Boxes" have passed, it can all suddenly be over. What happens next? 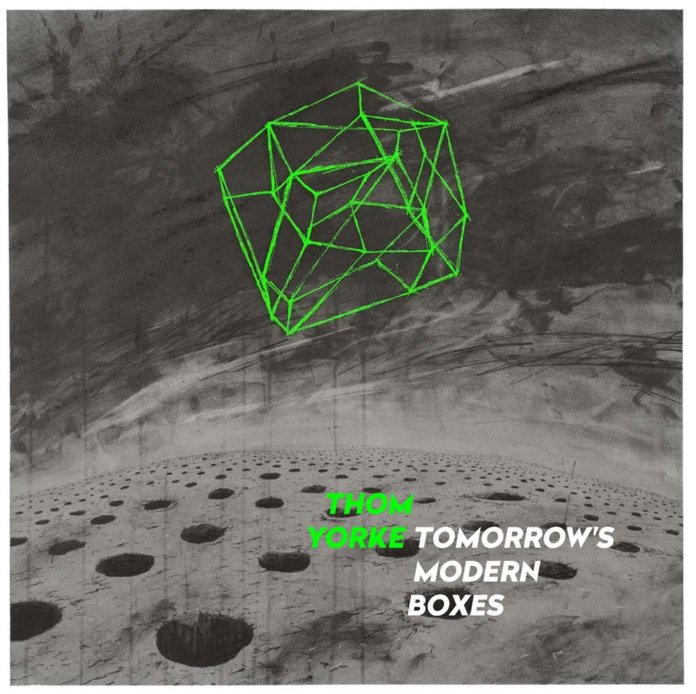 Instant albums do not, as a rule, encourage reflection. There is surprise, sometimes indignation, a social media flame war, a lot of static about delivery systems. Once the 38 minutes of, say, Thom Yorke’s “Tomorrow’s Modern Boxes” have passed, it can all suddenly be over. What happens next?

Maybe you write about it, then play it again and don’t write about it. Or maybe you live with an album for a conceptually inconceivable 66 hours and gradually put some thoughts into order: about the environmental possibilities of Thom Yorke’s music, perhaps; about the mythical promise of electronica; about radically different ideas of what ambition means.

The first useful thing to say about this second Yorke solo album (third if you count Atoms For Peace as an at least quasi-solo venture, I guess) is that it encourages reflection. “Tomorrow’s Modern Boxes” reveals its riches incrementally, as music fundamentally unsuited to snap judgments. At first, there doesn’t seems to be a huge amount going on beyond the phases and wobbles of modern electronic, theoretically danceable music, cycling around beneath Yorke’s familiar repertoire of treated, forlorn exhortations. If you follow Yorke’s regular “office charts” at www.radiohead.co.uk/deadairspace (the most recent sample: Caribou, Luke Abboutt, Nathan Fake, The Dead Kennedys), it feels predictable: nebulous Night Bus sadness; Our Tune requests on Rinse FM. This one’s for the special alienated person in your life…

Living with “Tomorrow’s Modern Boxes” for the weekend – not playing anything else, in fact – its usefulness begins to emerge. Many of these tracks are the kind that make radical shifts according to the balance of situation, volume, mood and so. “There Is No Ice (For My Drink)” (one for the self-elected barkeepers there) works as distantly itchy ambience, with slow-moving melodic tones – a little reminiscent of the way Autechre seed tectonic prettiness beneath their beat science – discreetly coming to the fore. Louder, it’s the bass frequencies which are most resonant, sprung moves learned in some way from dubstep. In headphones, the micro-detailing of the whole endeavour becomes clear: a brilliant exercise in syncopation and dislocation; buffeted by dub; scattered with digitised babble that adds texture and a hint of emotion without the burden of explicit meaning.

These are the pleasures of “Tomorrow’s Modern Boxes”, an album whose mood is so consistent (as, perhaps, was the underrated “King Of Limbs”) that it can be hard to remember where one track ends and another begins. The distrait piano doodles at the end of “There Is No Ice” are gradually overwhelmed by a tiny chorale, part mosquitoes, part banshees, that runs into “Pink Section” before another fractured piano study drifts into something akin to focus.

Radical gear shifts are rare, and the polyrhythmic drive of “AMOK” has been disabled. While Atoms For Peace and the last live manifestation of Radiohead both featured two drummers/percussionists, “Tomorrow’s Modern Boxes” is built on the slightest of gestures. “Cymbal Rush”, “The Eraser”‘s closing track, is a likely precursor, and the finale here, “Nose Grows Some”, is propelled by mere glitches, like an old Pole or Alva Noto record, like something from a Mille Plateaux “Clicks + Cuts” comp from around the turn of the millennium. Not for the first time (cf “Videotape”), it sees Yorke ending an album with the vaguest, unshowiest kind of resolution.

Mostly, this is lovely, clever and subtly involving music. In particular, “Interference” and “The Mother Lode” feature some of Yorke’s best music of the last decade. The former has one of those rapturous, yearning melodies, articulated in the most minimal strokes, that Yorke has been finessing since “Pyramid Song” (ie “Codex”, “Nude”, the track which precedes “Interference”, “Guess Again”), with the anthemic potential scrupulously blown out, and a hint of Boards Of Canada in the warped tones. “The Mother Lode”, meanwhile, finds Yorke at his most soulful, riding a skipped two-step that. Like all of “Tomorrow’s Modern Boxes”, it privileges a certain elegance over aggression. Both, too, are object lessons in how apparently sketchy tunes can, soon enough, be truly insidious.

It is, then, a notably tasteful album, though that certainly shouldn’t be taken as a criticism. And while plenty of attention has been paid to how Yorke’s means of dissemination differs from that of U2, it’s the aesthetic chasm between the two that’s more striking, once the downloading’s been done. The business strategy behind “Songs Of Innocence” might have been predicated on an assumption that those who hate U2 couldn’t hate them any more than they already do. But it also betrays a phenomenally needy band, who still appear fixated on being the most commercially powerful rock or pop band in the world (@petepaphides was very good discussing this on Twitter after the U2/Apple clusterfuck).

For those who remain uncharmed, outside the otherwise gargantuan target market, it’s not a particularly edifying spectacle. At some point over the weekend, though, it occurred to me that “Tomorrow’s Modern Boxes” is every bit as needy an album as “Songs Of Innocence”, with a desire to be seen as a piece of work outside mainstream culture that might be far from vulgar, but is every bit as neurotic. The anti-corporate rhetoric embedded in the Bittorrent launch, and the deal with Bittorrent itself, is only the most visible aspect of that desire.

Once you’ve purchased “Tomorrow’s Modern Boxes”, it reveals that Yorke has now manoeuvred himself further away than ever from the expediencies of stadium rock; a self-conscious radical who can still sell over 100,000 downloads in 24 hours. Behind every lovingly-bent note of “Tomorrow’s Modern Boxes”, there’s an anxiety to be seen as forward-thinking, as disdainful of old rock codes, as blazing new territory, even though many of the musical antecedents here – Burial, say – date from the best part of a decade ago.

If it weren’t such a terrific piece of work, you can see how “Tomorrow’s Modern Boxes” could be quite an irritating one. But perhaps these are caveats borne of over-analysis, when Yorke’s music, for all its inherent calculation, works so well in intuitive, environmental ways. It’s playing again now, and it’s a very satisfying album to write to. Maybe we should talk again in a week or so?