A '90s classic revisited, plus the latest Uncut news 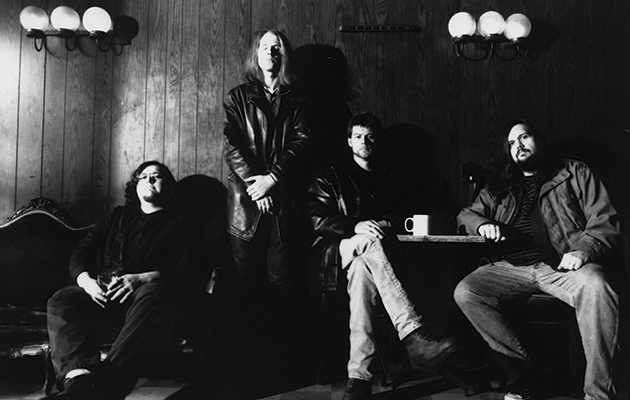 Among the new records I’ve been playing a lot these past few weeks – my latest playlist is here – there’s also this reissue of Screaming Trees’ Dust that’s worth mentioning.

For one of the best and most established bands in Seattle, the Screaming Trees were not especially skilful at capitalising on the grunge boom of the early ‘90s. Signed to a major label before most of their contemporaries, Mark Lanegan and his bandmates had inched towards mainstream success with 1992’s Sweet Oblivion: MTV played their videos; “Nearly Lost You” made the soundtrack to Singles; US sales peaked at 300,000. But at the point when less fractious bands would be ramping up the professionalism, Screaming Trees stumbled into an unfortunately timed hiatus. Lanegan made his second spare, bluesy solo record, and reconciliatory band sessions were scrapped.

“A bunch of shit happened in our personal life,” Lanegan told me in the summer of ’96, backstage at the Lollapalooza Festival in Columbus, Ohio (later in the afternoon, we would spend an hour trawling the site, unsuccessfully, for a monkey that Lanegan wanted to be photographed with). “My friends were dying, and at one point I thought the music I was making personally was having an adverse effect on people. I started thinking, ‘What effect does this music have? I always find it uplifting but is this music so depressing?’ But then I realised it was music that got me through all the hard times.”

Four years on from Sweet Oblivion, Dust eventually arrived a little too late for its own good. It sounded – and still sounds, in this expanded edition – like the perfect evolution of grunge, consciously realigning that upstart music with the classic rock and psychedelia which had preceded it. But in spite of expensive contemporary trim – arena-ready production from George Drakoulias, Black Crowes amanuensis; a big and shiny mix from Andy Wallace, comparable to his Nevermind work – the album sold less than Sweet Oblivion. While their touring rhythm guitarist, Josh Homme, worked strategically towards stardom, the Screaming Trees never managed to release another record.

Dust, then, feels like less of a lost curio, and more of a lost blockbuster. Once, the album’s gravitas and its preoccupation with mortality seemed to dominate, from the mention of “one foot in the grave” in the opening “Halo Of Ashes”, through to the mantric churn of closer, “Gospel Plow”. Now, though, its poppiness and swing is most striking: “Make My Mind” is almost uncannily catchy; Heartbreaker Benmont Tench, guesting on organ, turns “Sworn And Broken” into a kind of pop baroque; “All I Know” couples stentorian anthemics with a swaggering groove.

That imperative could lead down some dangerous paths. A mostly unsatisfying second CD of b-sides and ephemera includes “Silver Tongue” (salvaged from the aborted post-Sweet Oblivion sessions), where the funk-rock congeals into a baggy rave-up comparable to Primal Scream. “Morning Dew”, meanwhile, is taken at an undignified rush; as a song Lanegan was born to sing, it feels like one more missed opportunity.

“There’s a world of experience in George Jones’ voice that touches you in a way that nothing else will,” he told me in 1996. “If anything, that’s what we try to do.” Soon enough, Lanegan would find other, multifarious outlets in which to articulate that mission. He would never, though, settle in one with the heft and doomed potential of his first great band.