Reviewed! Mapplethorpe: Look At The Pictures

Excellent documentary about the photographer's life and controversial career 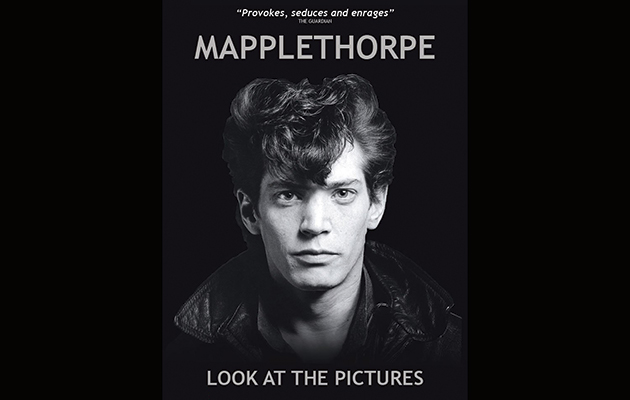 In late 2011, I interviewed Patti Smith for a preview piece about her album, Banga.

Banga was Smith’s first album since the publication of her memoir, Just Kids. Aside from specific details about the musicians on the record or the subjects of the songs, Smith offered a couple of tantalising insights into how she viewed her work. “All our records for me are like movies,” she told me. “I think of them as a movie or a soundtrack of my life at the time that we’re working on them, so that’s what this one will be. The record reflects things I’ve been studying. It could be Gogol or Bulgakov, it could be St Francis.”

“I’ve even taken Polaroids for artwork,” she continued. “The record has been much on my mind, even though it was postponed because the book [Just Kids] was very demanding – but I didn’t forget about the record. I know people listen to songs and they break down records in terms of songs, but I still think that it’s important to offer something holistic that’s thought of from beginning to end. I’m a 20th-century girl and I think of putting together an album in a 20th-century way, while understanding that the 21st century will take it apart. But I still have to stand on some of my process and my concept and the way albums should be presented to the people.

“For me, an artist does work and then they’ll give it to the people and they’ll decide.”

It seems fairly evident that Smith has long-cherished her principles; certainly, as far back as her days in the Chelsea Hotel with photographer Robert Mapplethorpe, which provided the narrative spine for Just Kids. Smith isn’t interviewed in Fenton Bailey and Randy Barbato‘s documentary about Mapplethorpe, but there is ample footage of her and Mapplethorpe together at the Chelsea Hotel: “a 25 hour art show,” according to their next door neighbour.

Mapplethorpe is undergoing a resurgence of interest in his life and work. Apart from Bailey and Barbato’s film, Just Kids is being developed for TV with Smith’s involvement, while former Doctor Who Matt Smith and Girls actress Zosia Mamet have been cast as Mapplethorpe and Smith in a biopic of the artist’s life.

Meanwhile, the title for Bailey and Barbato’s documentary comes from a phrase repeatedly used by American senator Jesse Helms during his attempts to demonise Mapplethorpe during the 1990s. But in some ways, the controversy Mapplethorpe attracted during his life and after his death – in 1989 from complications arising from AIDS, aged 42 – is the least interesting part of Mapplethorpe’s story.

Raised in the suburbs of New York by Catholic parents, he studied at the distinguished Pratt Insitute in Brooklyn where he met Smith. Based in the Chelsea Hotel with Smith, Mapplethorpe began to develop an interest in more transgressive work. “I went away for a summer. I got back and Robert was suddenly into S&M,” says Bob Colacello, the former editor of Andy Warhol’s Interview magazine. Bailey and Barbato – who covered similarly controversial subject with their Deep Throat documentary – assemble a strong cast of talking heads. Some of the best Debbie Harry, an early boyfriend David Croland, author Fran Lebowitz, who delivers the best line in the film: “He looked like a ruined cupid.”