In his excellent Uncut review of the Morrissey “Autobiography”, Michael alludes to the get-out clause afforded rock memoirists post-“Chronicles”: why bother obfuscating certain awkward details when you can, by being capricious with time and chronology, just skip the difficult stuff? 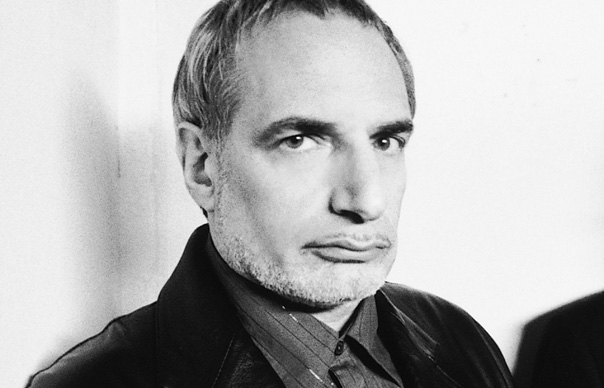 In his excellent Uncut review of the Morrissey “Autobiography”, Michael alludes to the get-out clause afforded rock memoirists post-“Chronicles”: why bother obfuscating certain awkward details when you can, by being capricious with time and chronology, just skip the difficult stuff?

Since my reading of Morrissey’s book has thus far been limited to randomly plucked references to Diana Dors, Dirk Bogarde, Peter Wyngarde etc, I can’t speak with total authority here, but it seems like Morrissey more or less sticks to what we might call the logical plot.

Donald Fagen, in his memoir “Eminent Hipsters”, does not. He begins with a series of short essays, some of which appeared in Premiere in the 1980s, which map out the cultural landscape of Fagen’s childhood. The chapter titles are often great – “Henry Mancini’s Anomie Deluxe”, “The Cortico-Thalamic Pause: Growing Up Sci-Fi” – and Fagen, as you might expect, is an elegant and erudite writer, particularly when he’s trying his hand as a jazz critic.

What gradually starts to emerge, as he tenderly reflects on the musical and literary enthusiasms of his Cold War childhood, will be familiar to fans of, in particular, “The Nightfly”. The adolescent Fagen hides a radio under his bedcovers and spends most of the early hours listening to a jazz DJ called Mort Fega (who Fagen finally meets, touchingly, at a show as late as 2005). He reads Alfred Bester and speculates that “maybe, out there somewhere, across Route 27, just around the next curve of space-time, the second half of the 20th Century might be just as exciting.”

He talks about becoming adolescent at a time when corporate and legislative America were hymning a future of boundless possibilities, while simultaneously scaring the shit out of at least one generation with their rhetoric of “The Red Peril” and their exhortations to “Duck and cover!” Talking about Wes Anderson’s movies later in the book, Fagen laments, “Although it was no picnic, it’s too bad everyone’s coming of age can’t take place in the early ‘60s.”

Here, fascinatingly, the raw materials of “New Frontier”, “IGY” and “The Nightfly” itself are laid out. Fagen, does not, though discuss how that record – or indeed how any of his other solo records – came about. Eventually, his wryly nostalgic trawl arrives – via a farcical interview with Ennio Morricone – to a reminiscence of his time at Bard College. Again, this chapter, titled “Class Of ‘69”, is pretty good, after a fashion.

There is an auspicious arrival, in the shape of Walter Becker, with whom Fagen starts making music. “The sensibility of the lyrics, which seemed to fall somewhere between Tom Lehrer and ‘Pale Fire’,” writes Fagen, “really cracked us up.” Chevy Chase is briefly their drummer, keeps “excellent time”, and “didn’t embarrass us by taking off his clothes.” It being the late ‘60s, drugs are involved. A droll yarn that I won’t spoil here results in Fagen “looking like an accident involving a giant crow and an electric fan.”

Becker, however, takes up roughly two and a half pages, then is gone: “But that’s another story,” notes Fagen, unnecessarily, and it’s one he’s clearly unwilling to tell. We have reached page 86, about halfway through “Eminent Hipsters”, and the point where the meaty tale of Steely Dan should be belatedly getting under way.

What happens next is not, perhaps, quite so satisfying. The second half of the book is an extended tour diary from a summer 2012 jaunt that Donald Fagen took as bandleader of The Dukes Of September, a soul revue also featuring Boz Scaggs and Michael McDonald. For the best part of 80 pages, Fagen sleepwalks from one disappointing luxury hotel to another, from one depressingly small venue with awful sound to the next. The audiences are, mostly, irritatingly “geriatric” and almost certainly right-wing, or consist of what he repeatedly disparages as “TV Babies” – the generations he believes have been brainwashed by disposable culture and left with microscopic attention spans, and who as a consequence only want to hear him play his hits. It is not ‘til page 145 that some semblance of Fagen’s pleasure in making music – as opposed to his pleasure in listening to other people’s work – becomes apparent. “There’s no better job than being in a good rhythm section,” he claims, ever the recalcitrant jazzer.

For all the familiarity of the rants, Fagen is a much better writer than most of the Grumpy Old Men/First World Problems school, and is self-aware enough – to a chronically debilitating degree, in fact – to know what he’s doing. He’s often capable of going on some scholarly tangent: the discussion of Stravinsky that briefly and brilliantly touches on George Clinton is especially good.

Nevertheless, his exasperations with first class travel can recall the entitled whingeing of those scapegoated by the @DJscomplaining Twitter account. And it’s hard not to find someone hypocritical who complains about having to take his own personal bus rather than a chartered jet, then claims, “I have a hard time being around wealthy types.”

Perhaps the greatest shock is not that Fagen is a grouch (who’d have guessed?), nor that he is contrary enough to avoid the story most of his fans will want to read. The real surprise is how much he reveals in passing details about himself, his domestic life, his health (a critical part of being on tour seems to involve sorting backstage passes for the local medical elite), if not his old band.

A sceptic – surely scepticism is a prerequisite for being a Fagen/Steely Dan fan? – might conclude that, by ignoring Steely Dan so assiduously, some residual tensions with Walter Becker might be ongoing, regardless of this summer’s US tour. But every now and again, an incidental detail will suggest otherwise – will strongly imply, in fact, that Fagen and Becker’s friendship currently stretches far beyond their joint moneymaking potential on the oldies circuit. A terribly tragic story begins with a revealing little detail: Libby Titus, Fagen’s wife, out shopping on Madison Avenue with Becker, helping him buy kitchen equipment for his daughter.

It’s a nice touch, but ultimately a tantalising and frustrating one. “Eminent Hipsters” feels like one of those ragbag, intermittently compelling anthologies that come out in the wake of a meatier autobiography. In the section about Stravinsky that’s too complicated to explain here, Fagen talks about a “sort of reversal of George Clinton’s slogan, ‘Free your mind and your ass will follow.’” Let’s hope he’s taking the same approach himself to writing memoirs.