Gillian Welch’s other half puts the load right on him 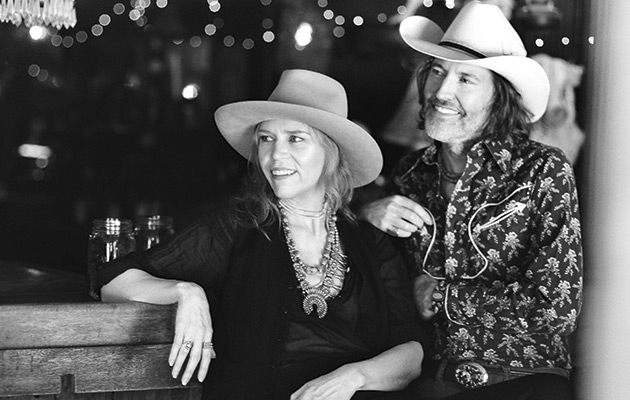 A couple of excellent new records for you this week. You can find my review of the new Psychic Temple album, IV, here. And here’s a deep preview of Poor David’s Almanack, the new album from David Rawlings; his third solo set, after a couple that came billed, a little confusingly, as the Dave Rawlings machine.

For all their charms, the arrival of each new Rawlings album inevitably poses an awkward question: why does it exist, when a new Gillian Welch album does not? Six years have now passed since the release of a new record fronted by Welch, 2011’s extraordinary The Harrow And The Harvest; six years in which Welch’s studio energies seem to have been concentrated on reversing the polarities of her partnership with Rawlings.

In democratic terms, it makes sense: given the collaborative nature of all their work, every Welch and Rawlings solo album could justifiably have come billed as a duo project. On this swift – by their standards – follow-up to Rawlings’ 2015 set, Nashville Obsolete, Welch co-writes five of the ten songs and contributes harmonies, at the very least, to every one of them. As Ryan Adams, Conor Oberst, The Decemberists and many more will testify, Welch makes for a brilliant backing singer. But it’s hard not to speculate what the terrifically plaintive “Airplane” might have sounded like if she’d taken the lead, especially given its affinities with The Harrow And The Harvest’s “The Way It Will Be”.

Perhaps the answer lies in something Rawlings told Uncut in 2015. “Gillian’s voice has such a great quality that the more you strip away around it the better it sounds, which is why we’ve always made very sparse records,” he said. “But when I’m singing, it’s very much back to ‘OK, how do we present this strange instrument?’ It’s frustrating at times, but it’s rewarding when you get it right.” Consequently  Poor David’s Almanack, like Nashville Obsolete, betrays a keenness to flesh out their aesthetic: Bowie vet Ken Scott engineers, and a more elaborate sound design incorporates strings on the aforementioned “Airplane”.

In that context, Rawlings is a fine frontman, an amiable convenor of sessions where Brittany Haas’ fiddle takes the spotlight as often as his own discreet virtuosity on the guitar, where Dawes and the Old Crow Medicine Show drop in, and where Welch can add “hands and feet” percussion as well as drums. That old-time, good-time vibe can occasionally dip into hokeyness, as the album title signals, but slower numbers like “Lindsey Button” and “Put ‘Em Up Solid” are where the group excels. As Rawlings and Welch’s vocal intertwine with those of Willie Watson, there’s a hymnal quality to the sound, and a communitarian warmth that reveals a good reason why Rawlings has come to the fore of this ensemble; a desire, explicit or otherwise, to pay homage to The Band, another act who understood the enduring possibilities of a collective approach to roots music.