Reviewed: some of the best new music of 2017 so far 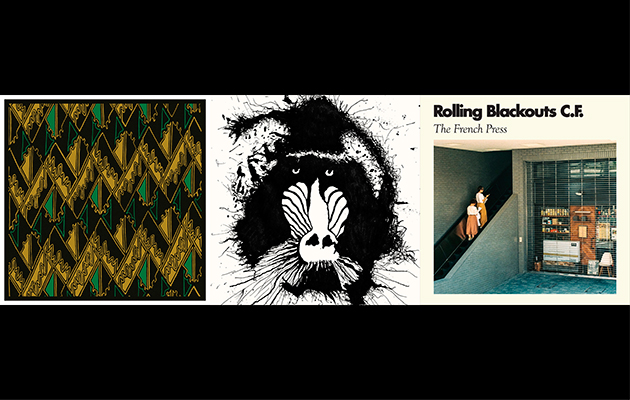 Hopefully you’ll have picked up the new issue of Uncut by now; it’s the one with Buckingham McVie on the cover and a bunch of stuff inside about Elastica, Mac DeMarco, Morocco’s hippy heyday, Laura Nyro, Leftfield Lydon, Wire and those great guys Mike Love and Father John Misty. We’ve got some nice new Ultimate Music Guides and History Of Rock volumes coming down the tube any day now, but in the interim I thought I’d seize the chance to write about three of my favourite records on the horizon.

First up is Joshua Abrams & Natural Information Society’s “Simultonality”; in Europe this’ll be the first release on Tak:Til, a new side venture from the Glitterbeat people that’ll also provide a non-American home for my favourite album of 2016, 75 Dollar Bill’s “Wood/Metal/Plastic/Pattern/Rhythm/Rock”. Students of Chicago post-rock, jazz and its diaspora will probably recognise Abrams’ name from sundry album credits including Will Oldham and his own, underrated, Town & Country.

For the past few years, though, Abrams has focused on a shifting rhythm ensemble called Natural Information Society, and a sound pivoted by the bass pulse he generates from a guimbri (a three-stringed North African lute); besides a bunch of lowkey releases on the fine Eremite label, their highest profile appearance so far has been a dual headline set on Drag City with the Chicagoan kosmische outfit, Bitchin Bajas. “Simultonality”, though, is the most exhilarating manifestation of the project thus far, as Abrams and a crack band (including Emmett “Cairo Gang” Kelly and Ryley Walker sidemen Ben Boye on organ and the brilliant drummer, Frank Rosaly) combine the devotional atmospheres of both jazz and gnawa, Terry Riley’s minimalist frenzy, and the skittering grooves of Stereolab and Tortoise. It’s an album of multiple vibrational highs – not least when tenorist Ari Brown channels the spirit of Pharoah Sanders three and a half minutes into “2128½” – and definitely an early runner of my personal best of 2017 stakes.

Another recurring figure round these parts is Ethan Miller. By the standards of his previous work in Comets On Fire and Howlin Rain, Miller took a relatively mellow detour last year when he figured in the heavy folk-rock band, Heron Oblivion. His desire to stretch the parameters of psychedelia every which way remains a defining mission, though, as proved by the manic brilliance of the self-titled debut proper from Feral Ohms, yet another Miller project, following a brisk live set last year on Castleface. Feral Ohms are basically a psych-punk power trio, so velocity is key this time, as Miller and his new rhythm section blast through nine songs in 27 minutes, channelling their virtuosic jams into ultra-compressed gobbets. Motörhead often seem an apt comparison (cf “Living Junkyard”), but there’s also a prevailing – and hugely enjoyable – sense of Led Zeppelin reincarnated as an ‘80s hardcore band.

Gentler fare, after a fashion. For a certain generation of music fans, indie will always be associated with a heady mix of jangling guitars and diffident romance; with The Go-Betweens, The Feelies and the mid-‘80s pop underground. Like Real Estate, Melbourne’s Rolling Blackouts Coastal Fever unambiguously hark back to that sound and that era. Unlike many comparable bands, though, they’re vigorous and sharp rather than amateurish and shambling. Their second short collection and first for Sub Pop, “The French Press” consistently zips along, taking in one exceptional single (“Julie’s Place”) and a clutch of songs that mostly resemble overdriven outtakes from “Liberty Belle & The Black Diamond Express” (high praise). A climactic jam on the title track, meanwhile, suggests that while the indie straitjacket fits neatly at the moment, there’s talent and energy here to transcend it, soon enough.