Peter Baumann remembers Tangerine Dream’s Virgin years: “How did I stumble into that situation?” 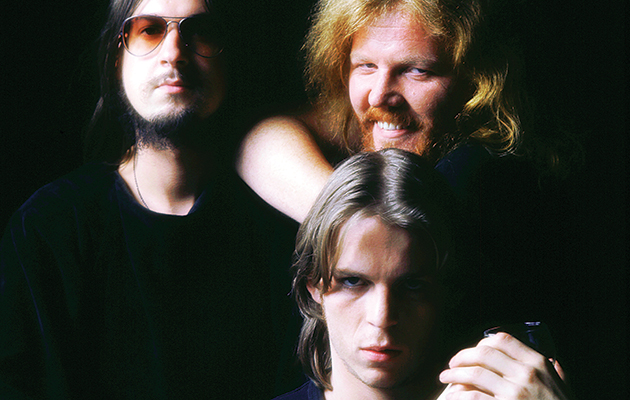 I reviewed the excellent, exhaustive Tangerine Dream boxset, In Search Of Hades: The Virgin  Recordings 1973–1979, in a recent Uncut, and also spoke to synthesist and keyboard player Peter Baumann about those years. Here’s a slightly longer version of our chat, taking in Edgar Froese’s metaphysical interests, electronic improvisation and their wild 1977 US tour.

UNCUT: There are some fantastic live sets here, the sound quality is amazing.
PETER BAUMANN: I remember we recorded all those on a little four-track machine! Very often we’d listen back to them – sometimes we’d think, ‘Ah, tonight wasn’t worth listening to!’ But we took it along to every concert.

Do you think Phaedra marked a big change?
It’s hard to say, because there was nothing to compare it to. We felt it was like a progression from Zeit and Atem. Those were released in Germany, and I don’t think Virgin ever got the rights to them. Certainly, Phaedra was a major step forward. The times had changed, the equipment we got had changed, and Richard Branson came to Germany and said, ‘Hey, I want to sign you!’ We were the second artist that Virgin released, after Mike Oldfield.

And, like Mike Oldfield, you sold a lot of records!
I remember I was with my girlfriend in Italy on vacation, and I got this telegram from Richard Branson saying, “Your record is in the Top 10, you’ve gotta come to London and do interviews.” I said, “What Top 10?” I mean, it never dawned on me that the record could actually ever be in charts. It was a big surprise.

Your equipment seemed to change for Phaedra…
With Phaedra, there were a couple of things. The Moog sequencer was critical, but we really used the Mellotron quite extensively, we had custom tapes made for that. I think we had three Mellotrons in all! For Phaedra especially, we really used outboard gear in the studio during the mixing, which was an integral part of the sound. We cranked up the tape delay and reverb and phasers and chained them together. The mixing session was really a part of the whole production process.

The tape delay seemed important, especially live, when everything was fed through it.
They were Revox tape recorders that we had customised so you could vary the speed on them, that was our main delay. We each had our own little mixing board and our own tape delay, so we were really three stations that could all make music and were all tied together to a main mixing board – three stereo outputs, basically.

You improvised both live and in the studio, didn’t you?
They were all improvised. That was part of the fun, and when it worked it really worked. Sometimes it didn’t work and it was less cool, but we took the chances. After having done maybe a dozen or two dozen concerts, some things that really worked well we started to repeat, intuitively – we’d have little themes, little sequences, that we’d reuse and then improvise out of that base.

How did you decide who would start a piece, and what instruments you’d use within one improvisation?
Usually we would decide on a key, and we’d start it with one note. There were some abstract sounds on top of that, and the sequencer would be introduced after a few minutes. The sequences were improvised, the sequencer had many different modes that you could change live, so there was never a completely predictable sequence that you’d play. None of us were conventionally great musicians, but the combination really came up with something quite unique for the time. We had instinctively unique contributions that we made – Christopher was a little bit more musical, he put more of the rhythm in as he used to be a drummer, Edgar would put in a lot of harmonies and I would put in most of the melodies and was involved in the mixing, the post-production. So we all had our slot within the group.