Parkland and the assassination of JFK

Celebrating anniversaries has, I guess, become second nature in the music industry now. A quick pass through the reviews pages in the last couple of issues of Uncut reveal anniversary reissues and special editions for Nirvana, Billy Bragg, Tears For Fears, R.E.M, Four Tet and Bob Marley. 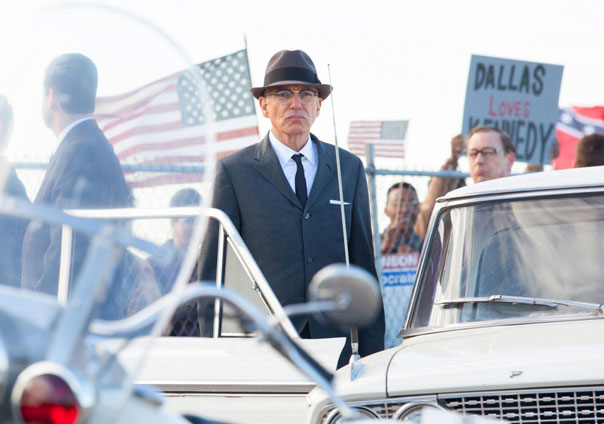 Celebrating anniversaries has, I guess, become second nature in the music industry now. A quick pass through the reviews pages in the last couple of issues of Uncut reveal anniversary reissues and special editions for Nirvana, Billy Bragg, Tears For Fears, R.E.M, Four Tet and Bob Marley.

There’s another significant anniversary coming later this month – the 50th anniversary of John Kennedy’s assassination, the events of which are marked in a new film, Parkland. Of course, the Kennedy assassination has proved irresistible to writers and filmmakers; on Saturday, The Guardian published a lengthy piece rounding up 50 years of Kennedy fiction, and as if to demonstrate that there is still some water slopping around at the bottom of the well, The New Yorker recently reviewed two new books about Kennedy. Considering the weight of existing material on the subject, I’d have expected the anniversary to be marked more substantially than a couple of biographies and what is, admittedly, a fairly low-key film.


Parkland is named after the Dallas hospital where Kennedy was treated after he was shot and then, two days later, Lee Harvey Oswald. For the film’s first half hour, director Peter Landesman follows the Parkland staff – played by Zac Efron and Marcia Gay Harden among others – as they go about the grim, urgent business of trying to save Kennedy’s life. The film then spreads out, to follow various key figures in the unfolding drama including Abraham Zapruder (Paul Giamatti), Secret Service agent Forrest Sorrels (Billy Bob Thorton) and Robert Oswald (James Badge Dale). Parkland comes with an intriguing provenance: the script is adapted from a book called Reclaiming History written by Vincent Bugliosi, a former District Attorney probably best known for prosecuting Charles Manson in 1969 for the Tate-LaBianca murders. I’d imagine conspiracy theorists could have a lot of fun with that.

Parkland’s intentions are no doubt honourable, although I found it lacking. It feel curiously disconnected, not to say hurried. There’s a lot of jumping around, and 93 minutes doesn’t feel enough running time to dig into the stories of these disparate characters. At least, Landesman successfully teases some interesting details out of these well-documented events. For instance, the Secret Service detail insist that Kennedy’s coffin be flown back in the cabin rather than stowed in the hold, which necessitates furiously sawing a chunk out of the side of Air Force One to get it through the door. Lee Harvey Oswald’s funeral, during which Robert – along with his mother and sister-in-law, the only mourners – has to ask the gathered press photographers to help him lower his brother’s coffin into the grave. To its credit, the film doesn’t engage directly with conspiracies surrounding the assassination – though one scene near the end where an FBI agent destroys a file on Oswald to protect the agency’s Dallas office takes on significance to those hunting for the ‘truth’ behind Kennedy’s murder in subsequent years.

It’s actually a busy week for me, film-wise: I’m off to see Ridley Scott’s The Counsellor tonight and (potentially more profitably) Alexander Payne’s Nebraska tomorrow and Steve McQueen’s 12 Years A Slave on Thursday. I’ll report back on those as and when I can – I’ll try and get some thoughts up about The Counsellor this week, at least, as it seems to be generating a lot of quite strong feedback. In the meantime – in case you’ve not already seen it – I should flag up the small matter of our current issue, which is on sale now. Our cover star Joni Mitchell discusses her remarkable career, and inside this month’s issue there’s the 50 greatest singer songwriter albums, Robert Fripp, Bon Scott, George Harrison, Nils Lofgren, Lloyd Cole, reviews including The Beatles, Dylan, the Stones, Kinks, White Denim, Captain Beefheart, Midlake, the Pixies and more.