Until very recently, any mention of Bell Laboratories in conjunction with electronic music would’ve made me think of Laurie Spiegel, who worked at Bell Labs research centre in New Jersey while she was creating much of her extraordinary cosmic music in the 1970s. 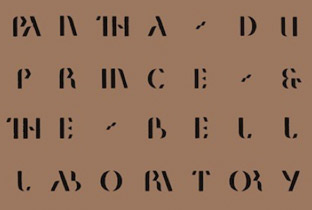 Until very recently, any mention of Bell Laboratories in conjunction with electronic music would’ve made me think of Laurie Spiegel, who worked at Bell Labs research centre in New Jersey while she was creating much of her extraordinary cosmic music in the 1970s.

The Bell Laboratory working in conjunction with Pantha Du Prince, the fine German producer, turns out, however, to be something much less scientifically cutting edge. As their joint album “Elements Of Light” insinuated and their Queen Elizabeth Hall show (one of two, actually, on the same night) makes clear, Oslo’s Bell Laboratory is a collective of avant-garde campanologists, whose work is centred on the carillon; a three-tonne instrument, in which bells hang and are played by a kind of keyboard.

Watching the five bell technicians and Pantha Du Prince’s show, there’s a lot of theatre and stagecraft and beautiful music, but the carillon becomes a bit of a preoccupation: it’s rare to come across an instrument the like of which I’ve never seen before, and frustrating to find it at the back of the stage where its intricate workings are partially obscured (it may, perhaps, have been too heavy to put closer to the front?). Are carillons hired? Where do they come from? How are they tuned? Where do you learn to play them? How many are available in London? It’s an intriguing business, and one which adds to the generally esoteric and compelling atmosphere of the whole “Elements Of Light” project.

The show here begins with Pantha Du Prince – Hendrik Weber – and the five Bell Laboratory musicians slowly arriving on a shadowy stage ringing handbells, dressed in long aprons. After a few intricate peals at front of stage, they disperse: Weber to his console, one to the carillon, one to a small drumkit, three others to percussion workstations where they are equipped with tubular bells, gongs, hangs, a steel pan and a large gamelan wooden xylophone that, along with the carillon, will do much of the melodic heavy lifting for the next hour.

For such an intricate set-up, the show is immaculate, with the players conscious of the theatrical drama of their work, even as they concentrate so fiercely on the virtuosic rendering of Weber’s work. It is not, though, particularly difficult music: I kept thinking of Orbital’s “Chime” (and indeed plenty of that duo’s more symphonic ‘90s work) and the bell-heavy rave of Finitribe’s “De Testimony”(25 years old amazingly, and being reworked for an anniversary issue later in the year, I discovered on Friday).

As a couple of encores of old Pantha tracks illustrate, too, the “Elements Of Light” material is very similar to previous Pantha Du Prince records: plenty of “Black Noise” relied on a certain precision and clarity around bell-like melodies. If anything, the whole operation feels like a techno producer, with an unusually nuanced aesthetic, finding that his electronic music can be organically reconstructed, in a way which feels lush, innovative and probably terribly expensive.

An interesting idea, anyhow, and a brilliant spectacle: the “Elements Of Light” section ends with Weber and the Bell Laboratory smartly exploiting the acoustics of the Queen Elizabeth Hall by parading slowly up the steps through the audience, ringing handbells as they go. Anyone else there – and maybe more importantly, can anyone tell me where I can get my own carillon?