Panda Bear: “The music would put me in a dream state” 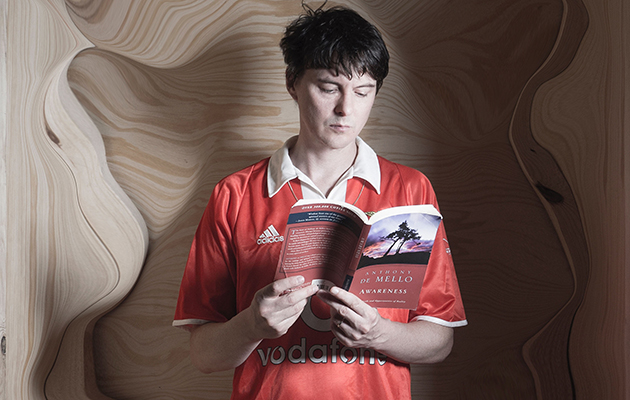 Originally published in our March 2019 issue

The Animal Collective explorer chooses the albums that expanded his horizons: “The music would put me in a dream state…”

I went away to high school. It wasn’t like a boarding school, but I stayed with another family Monday to Friday in Pennsylvania. I moved into the son’s room – he had just gone off to college and left records there, which I found. This was the first one I remember really making an impression on me. I’d heard electronic music before, but this was something really different. It was a way of telling a story with music that I hadn’t encountered before. There was a dream state that the music would put me in, which I felt was really inspirational later in life.

They changed my life in a way, as they took Animal Collective out for our first tour. The stuff they were playing at the time was noisier and more intense, but Creature Comforts is one of my favourites. It’s a bit later, and is a bit more subdued and dynamic. I feel like, especially on that first tour, I learned a lot about how I wanted to do my thing by watching them. They were kind of older brothers to us, in a way. We’re still good friends with them.

I highly recommend this. It’s pretty vague, all electronic, all instrumental. Like a lot of those Chain Reaction records, the artwork is really minimal and static, but the music itself is highly emotional. The rhythm is an important part of the deal, but there were a lot of textures and other things going on that I found really inspiring. I heard this when I’d just started working in a record shop called Other Music in New York, which specialised on music on the fringes. This was a popular one in the shop, for sure!

THE KLF
Chill Out
KLF COMMUNICATIONS, 1990

The Orb led me to this album, which is kind of a similar thing but taken to a further extreme. The traditional rhythmic electronic music template of the thing is removed entirely from the equation and it’s just impressionistic. There are samples from the radio; you can hear Elvis come in at a certain part. I heard this was inspired by a trip they went on in the States. You can hear what sounds like a motorcycle come in, and I heard they were on motorcycles travelling around. Pretty sweet.