No Last Waltz: A Tribute To Levon Helm By Simone Felice

A couple of years ago when I was in Woodstock to interview Simone Felice and his band, The Duke & The King, Simone drove me around the mountains where he’d grown up, pointing out places of local and historical interest. These included Big Pink, the house on Parnassus Lane in West Saugerties, where Dylan and The Band recorded The Basement Tapes. 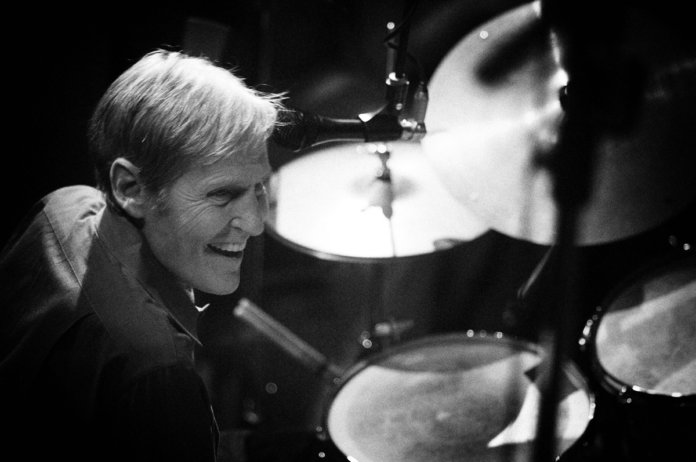 A couple of years ago when I was in Woodstock to interview Simone Felice and his band, The Duke & The King, Simone drove me around the mountains where he’d grown up, pointing out places of local and historical interest. These included Big Pink, the house on Parnassus Lane in West Saugerties, where Dylan and The Band recorded The Basement Tapes.

The Band, of course, were a particular influence on Simone’s previous group, The Felice Brothers – on the cover of their Tonight At The Arizona album, they even looked like them, black-suited in a variety of hats, like figures from a pioneer landscape.

When the bad news came through last week that Levon Helm had died, I remembered that afternoon in the Catskills, sunlight blazing through towering trees, hawks drifting full-winged in the sky above us as we took the mountain roads at a hair-raising lick, Simone recalling how as a kid he used to ride his bike by Big Pink, that place of legend, and how just recently he had played at one of Helm’s legendary Rambles.

This morning, an email from Simone was forwarded to me that included the piece that follows, written by Simone in memory of Levon, after hearing about his death on the way to a show in Dublin on Saturday night.

I am on a ferryboat from Hollyhead to Dublin when I get the news from home: Levon has passed away.

First thing I do is turn my head to the window and find the cold blue sea beyond, the waves like a living, dancing quilt rolling out to meet the sky.

Could it have been little more than a month back that I sat on a wooden bench not five feet from his drum-riser as he played and sang The Band classic “Ophelia” with the grace of a veteran dancer, the spirit of a country preacher, at once weather-worn, fiery, weary, lithe, laboured, imperishable.

It is true there was a gleam in his eye. Like a school-boy skipping classes all afternoon to while the hours away with friends down by the river’s edge, elemental wonders, joyful just to live within earshot of the sound of music.

I’ve had the extraordinary privilege to have shared the stage with Levon, one of the great honours of my life, to have been one of those children dodging the truant officer, my toes in the rushing water, a dream.

Levon Helm is more than a drummer. More than a singer. He is a natural force, akin to weather and rain, not very different from the quiet wood in which he made his home, the wind that whips the trees. You could walk from Arkansas to Alberta, Winnipeg to Woodstock and you’d be hard-pressed to find a more soulful, gracious man.

I can’t assume to know where our heroes go when they die. Nirvana. Heaven. The tremendous band in the sky, assembled in the round, together there on a sun-kissed, better shore. Whatever it’s called, wherever it is, you can bet the farm that today the bells are ringing there, and the people are singing.

Because Levon knows what we can only guess: that there is no last waltz. That we’ll forever file in through the barn door with the ones we love, drawn by the firelight, grab our children and go round and round in a dance interminable. We doe-see-doe. We stomp the boards. Shout. Kiss. Cry. Sing. Spin. Laugh. Squeal. Study the stars through the gaps in the ceiling.