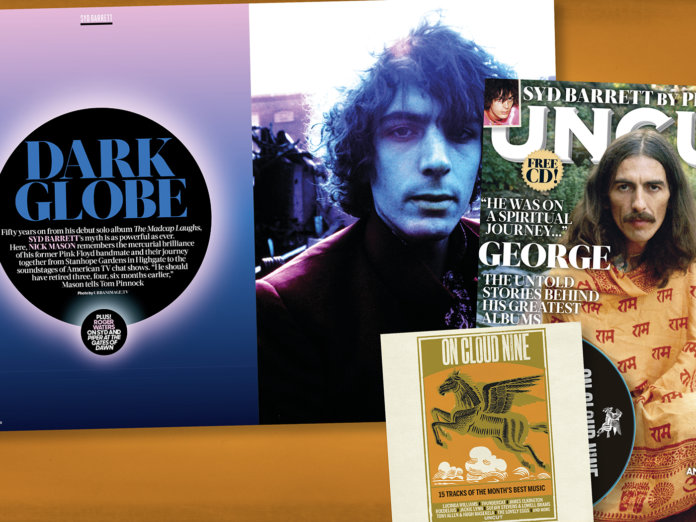 The new issue of Uncut – in shops now and available to buy online by clicking here – features an extensive reminiscence by Pink Floyd’s Nick Mason about the early years of the band and the mercurial brilliance of Syd Barrett.

“In late 1966, Peter Jenner and Andrew King discovered us and we started a residency at All Saints Church Hall in Notting Hill,” Mason tells Tom Pinnock. “Syd was writing then, but I still remember a review saying that what we were doing was interesting but that we really should drop ‘Louie Louie’ from the setlist. They were probably correct.

“We started playing extended pieces at the Hornsey College Of Art. All the stuff we did there was weird – it was not suited to songs or a regular repertoire! Because of working with their light and sound workshop, we made these early versions of psychedelic music. That was developed further at UFO at the end of the year.

“I think Syd was beginning to use LSD by the time we played All Saints. When we got to UFO, he was doing a lot more of it. But it’s not something that you can see – you can see someone smoking or snorting or injecting – so you’d never know. Us and The Soft Machine were both seen as being house bands at UFO – though we had slightly more status within the industry. We had produced a minor hit record at least, whereas Soft Machine never got close to doing anything quite that crass! They were proper grown-ups. But it meant that we pulled in a bigger audience because of that.

“Syd got on really well with Joe Boyd when we recorded ‘Arnold Layne’. He was happier with him than working with Norman Smith on Piper…. Joe was much more part of the counterculture, and Andrew and Peter were absolutely supportive of Syd, too. Joe worked for Elektra, which behaved more like an indie label, whereas EMI was a full-on commercial operation – Manchester Square, A&R departments, marketing department, £25 for the cover of a record, that’s how it worked. Of course, they had had The Beatles, which made them top dog.

“Just a month after ‘Arnold Layne’, we were in Studio 3 at Abbey Road recording Piper. It was very quick. Roger and I had been in college most days, and then suddenly we had become professional, and we were spending seven hours a day doing music rather than an hour and a half. Initially, Syd was pleased about all this – in the Pink Floyd exhibition at the V&A there was a letter he wrote, saying how excited he was by the whole thing, by us getting our own van.

“The rest of us realised that it didn’t really work with Norman Smith when we were doing A Saucerful Of Secrets later on. But I suspect that even with Piper, Syd was thinking that he didn’t particularly want Norman’s control on it. I can imagine Syd thinking, ‘I know how I want to do this, I don’t want Norman trying to turn it into a hit single…’ Which I think Norman felt some obligation to try and do, whereas Syd was pushing in a weirder direction. ‘Interstellar Overdrive’, say, was a genuine jam: at any point it could have gone off in any different direction! Then again, Syd knocked out ‘The Gnome’ or ‘Scarecrow’, something that was so not psychedelic and more English, bucolic, rural.”

You can read much more of Nick Mason on Syd Barrett in the May 2020 issue of Uncut, out now with George Harrison on the cover.