The making of Suicide’s “Frankie Teardrop”

"The music got really insane and I wanted to do something that went there," Alan Vega told us 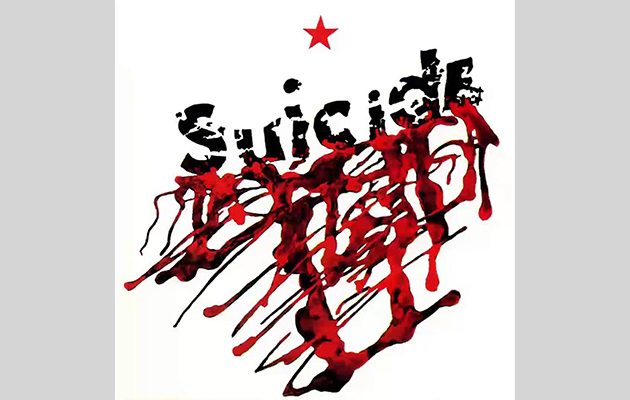 In tribute to Alan Vega – who died on July 16 – here’s our feature from December 2012 [Uncut Take 187] on the making of Suicide’s “Frankie Teardrop”. It finds Vega and his creative partner Martin Rev reminiscing about this extraordinary piece, with contributions from producer Craig Leon and label owner/co-producer Marty Thau. 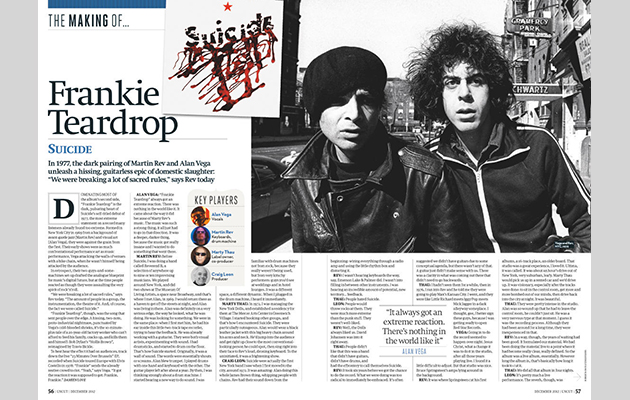 Dominating most of the album’s second side, “Frankie Teardrop” is the dark, pulsating heart of Suicide’s self-titled debut of 1977, the most extreme statement on a record many listeners already found too extreme. With Alan Vega delivering lyrics like cut-ups from a Pop Art catalogue in his rockabilly hiccup, and Martin Rev sculpting droning washes of future-noise and bubblegum echoes from cheap keyboards and rudimentary rhythm machines that sounded like they were about to catch fire, Suicide sounded like nothing on Earth.

Formed in New York City in 1969 from a background of avant-garde jazz (Rev) and visual art (Vega), they were against the grain from the first. Their early shows were as much confrontational performance art as music performance, Vega attacking the walls of venues with a bike chain, when he wasn’t himself being attacked by the audience.

In retrospect, their two-guys-and-some-machines set-up drafted the analogue blueprint for music’s digital future, but at the time people reacted as though they were assaulting the very spirit of rock and roll. “We were breaking a lot of sacred rules,” says Rev today. “The amount of people in a group; the instrumentation; the theatre of it. And, of course, the fact we were called Suicide.”

“Frankie Teardrop,” though, was the song that sent people over the edge. A hissing, two-note, proto-industrial nightmare of hypnotic monotony, punctuated by Vega screaming like a man with thorns in his soul, it’s the ten-minute-plus tale of a 20-year-old factory worker who can’t afford to feed his family, cracks up, and kills them and himself: Bob Dylan’s “Hollis Brown”, reimagined by Travis Bickle.

To best hear the effect it had on audiences, track down the live 23 Minutes Over Brussels EP, recorded when Suicide toured Europe with Elvis Costello in 1978: “Frankie” sends the already restive crowd to riot.

“Yeah,” says Vega. “It got the reaction it was supposed to get. Frankie, Frankie…”

ALAN VEGA: …Frankie, Frankie. “Frankie Teardrop” always got an extreme reaction. There was nothing in the world like it. It came about the way it did because of Marty Rev’s music. The music was such a strong thing, it all just had to go in that direction. It was a deeper darker thing, because the music got really insane and I wanted to do something that went there.