Low interviewed: “It had to do with realising I was the Anti-Christ…”

A revealing piece from Duluth, February 2011 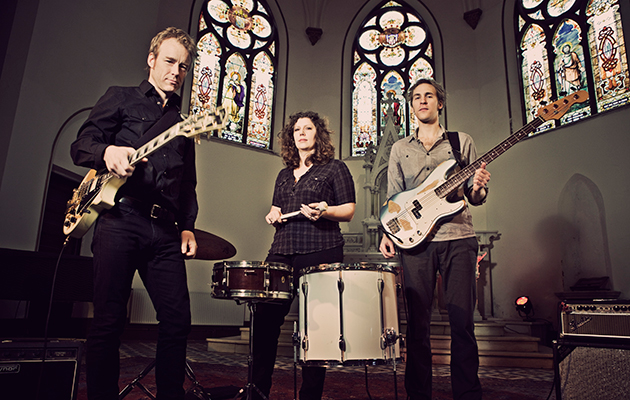 It is an average February day in Duluth, Northern Minnesota, which means that downtown, on the edge of Lake Superior, the temperature is minus 13 degrees. Writing about his birthplace in Chronicles, Bob Dylan evoked “the slate gray skies and the mysterious foghorns” of Duluth, “the merciless howling winds off the big black mysterious lake… People said that having to go out onto the deep water was like a death sentence.”

Plenty of people who have fled Duluth might consider staying in this small, blasted city to be a death sentence, too. But as we drive near the old Zimmerman residence, Mimi Parker and Alan Sparhawk are telling tales of the winter with the sort of wry, tough pride that seems typical of the locals. There was an old woman, says Parker, who fell on an icy pavement a few weeks back and then had a small mountain of snow dumped on top of her by a passing snowplough. Some hours later a neighbour using a telescope – it’s unclear what kind of magical x-ray telescope – ascertained that someone was buried beneath this new snowdrift. Dug out, the woman proved relatively unscathed. “Just a little hypothermia, I think,” Parker notes, phlegmatically.

Sparhawk, 42, and Parker, 43, have lived in Duluth all of their adult lives, have been a couple since they were 17-year-olds at the same rural Minnesotan high school, and for the last 18 years have been two critical thirds of Low. The rock world has not been historically populated by bands with such a loyalty to their spouses and their hometowns, but then Low are not exactly an ordinary rock band.

For a start, it’s a push to describe much of their 11 albums as rock, since Low’s reputation has been built on a stealthy, hushed inversion of normative rock behaviour. In recent years, Sparhawk (vocals and guitar), Parker (vocals, minimal drumkit) and a succession of bassists (currently a keen, gangling local, Steve Garrington) have fractionally upped the pace and volume, and found their songs covered on Band Of Joy by Robert Plant. Nevertheless, it’s the space and air in their music for which Low have become acclaimed: a setting for Sparhawk and Parker’s harmonies to reverberate in a kind of sepulchral vacuum.

Their faith is unusual, too. The couple are both practising Mormons and, while much of Low’s music comes across as secular, there’s clearly a strong religious dimension to the band. “For me, going like his is spiritual,” says Sparhawk. He mimes the furious strumming of a guitar. “I’ve always recognised the spirituality of music.”

The connections between art, faith and life got a little complicated, however, when Sparhawk had a severe mental breakdown. Six years ago, he closed his eyes, shut his mouth, and became convinced that he was the Anti-Christ, with a crucial role to play in nothing less than the end of the world…