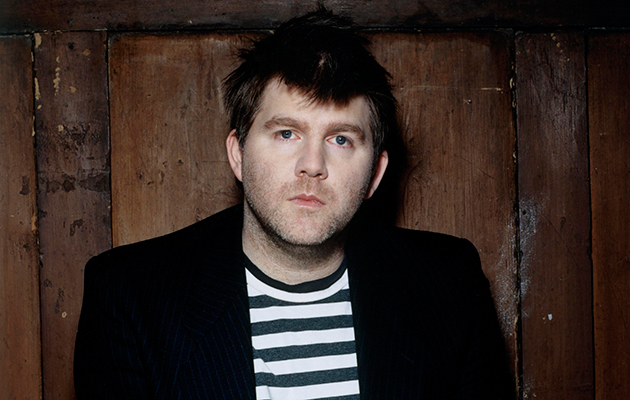 How did you find writing your first film score, for Noah Baumbach’s Greenberg?
Emma Gill, Aberdeen
It was fun. Movie scores are meant to be stressful to work on, but I just lucked out with a relationship that worked. Noah knows his music and we hit it off as people. Neither of us like the idea of “scoring” – we figure that, if the scripts are good and the actors are doing their job, you don’t need sad strings to tell you something is sad. So Noah just wanted songs. I’d just write the songs and walk across the street to where he was editing the movie, which was, coincidentally, about 50 metres from the door of my studio. So I’d go over and watch scenes and hang out, and we’d talk like people. It’s a great film, too. Watching the rushes with Noah, I’ve appreciated what a fine actor Ben Stiller is.

You wrote “Daft Punk Is Playing At My House”. Who – living, dead or split-up – would you like to set up in your front room for impromptu live action?
Christopher Tennant, Cardiff
I don’t want a band in my house at all. It’d be infuriating! No actually, [performance artist] Laurie Anderson would be awesome. She’d set up quietly and do her “Head” project, where she attaches a mic to her skull, via sunglasses, and she’s like knocking on her head to make music. Totally amazing. So it’d be nice to have her mumbling to herself, banging her head while I wander around my apartment. I imagine that’s what happens with her and Lou Reed. He’ll come home while she’s in the middle of a piece. And he’s tawkin’ like dis, “Hey Laurie,” and she’s whispering through a Vocoder. There’s an idea for a sitcom. At home with Laurie and Lou…

When are you gonna hit your late Henry Rollins period and start releasing spoken-word albums?
Al Doyle, Hot Chip and LCD Soundsystem
Ha! A few people have suggested I do this. Thing is that Henry Rollins probably isn’t much older than me. The whole appeal of his shtick is the old rock guy, looking back on the past 30 years of success and hedonism. I’m too much of a late bloomer for that shtick to work! I think I’ll skip the spoken-word stuff and go straight to writing things. Prose, memoirs, fiction, scripts, essays – everything except poetry.

You were supposed to be producing Duran Duran, weren’t you? What happened?
John O’Connell, Shropshire
They came to the studio. It was super-surreal to be in the room with the original five, because it was the most amazing band dynamic ever. They were all really sweet, but every one of them was like their public persona. John Taylor was the handsome, happy guy, who said, “Yeah, I like your weird bass sounds, I’m in.” The guitar player, Andy Taylor, was, like, “Fuck this, man, we should just get raw!” Simon [Le Bon] was very keen to collaborate, while the drummer, Roger Taylor, he’s just wondering when he can go back and make some wine, or whatever it is he does on his farm. Nick [Rhodes] was the most suspicious. He’s the guy who’s always been standing on the battlements, defending the essence of Duran Duran. So he’s saying: “Hmmm, I don’t know… what would you do with this?” I didn’t want to use any big fancy modern synths. And I think there’d have been a very serious negotiation breakdown. Basically, I wanted them to get back to ripping off Japan. Because I liked them when they sounded like Japan. Japan are great, aren’t they?

You’ve said that the new album, This Is Happening, will be your last as LCD Soundsystem. Why?
Carys, Carmarthen
LCD was always supposed to be something we did in addition to running the DFA label. Initially I asked my friends Pat [Mahoney], Nancy [Whang], Tyler [Pope]: “Hey, I have a couple of gigs ’cos of the 12-inch I put out, do you want to come play?” Now it’s eight years later, and we’re still playing as a professional rock ensemble, which was the furthest thing from our minds! And Pat’s got a kid, people have got lives. To be in a band, the expectations of what you’re supposed to do is very high, but what you’re responsible for is very low. For me, releasing music means you have to record the music, make the video, make the cover art, make 17 B-sides, tour the world every time you make a record, do dozens of interviews, have a Twitter account, a Facebook account, a MySpace account, have a website, send emails, create content. But most artists end up doing very little of it. They have people to shoot the videos, do the artwork, write their websites. And that feels utilitarian, corporate, boring. What I like about being in a band is being responsible for all these things, ’cos I want it to be cohesive. I like the idea that every way we communicate is genuinely us. And I don’t want to do anything that would be disappointing to me as a 15-year-old!