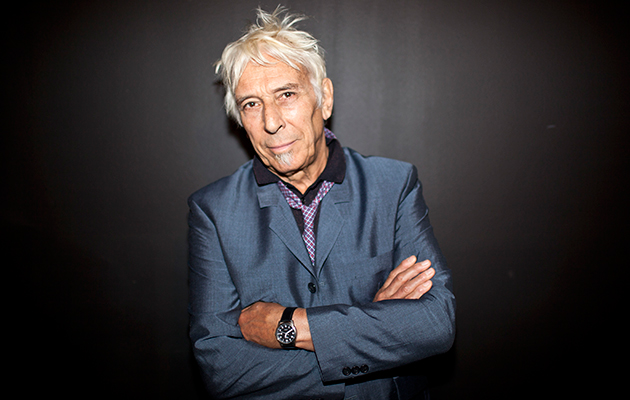 Did you have any idea that when the Velvets dressed in black and wore shades you’d be setting a sartorial benchmark for bands right up to today?
Nat Pryce, Devon
No, it’s kind of Welsh methodist empirical. There was a little bit of a Beat influence too, yeah. Young bands? Yeah, I know that look got taken over by the art world; the art world did that with a vengeance.

June 1, 1974, by you, Eno, Nico and Kevin Ayers, is a great live album – what do you remember of the day itself?
James, Brighton
I was kind of a frontman for the band, something I hadn’t done very much of. I did “Heartbreak Hotel” for the first time with that heavy metal arrangement, and I was really very happy with what happened. The tour was a way to kill many birds with one stone. All the lesser-selling artists put together in one place.

How do you feel today about The Velvet Underground reunion of ’93?
Harrie, The Netherlands
We wasted a lot of great opportunities. The potential was there to do a lot of great things, but Lou just wanted to regurgitate his catalogue. We could have done a lot of different things, and everybody was there, waiting for it to happen… But that’s it. I mean, everybody got to understand what Moe and Sterling were about, so that’s a positive thing.

Who are you listening to at the moment?
James Innes, via email
Eminem and Dre, and Earl Sweatshirt. And some guys from Chicago called Donnie Trumpet & The Social Experiment. Kendrick Lamar too. He’s very good, very solid. I still listen to Snoop Dogg… there’s so much good humour in Snoop, you’ve got to love him. I think a lot of experimental music is going on in rock’n’roll today, and in hip-hop.

Hullo, dearest John. The Academy was in peril – is it still? And what else do you consider to be ‘perilous’ in this crazy world of ours?
“Legs” Larry Smith
No, we saved it, Legs, we saved it! We were at the Manor [recording The Academy In Peril, released in 1972] and Legs was living nearby with his parents. So he came by and I asked him to do a vocal over one of the tracks that I had, and he was perfect. I said to him, “Now, you’re the director of a TV channel, this is what you would say to the floor,” and off he went. It just seemed to fit his ability to improvise tongue-in-cheek narratives, and I wanted to get some of it. It was one part of the Bonzo Dog Band that I’d missed.