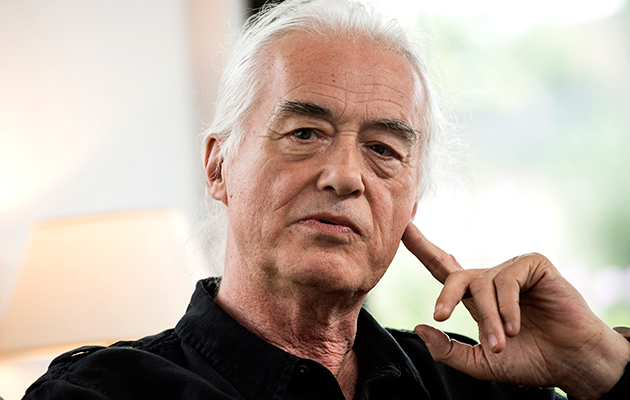 In the Seventies, you ran a bookshop, Equinox. Can you tell us about it?
Julie & Mo, Germany
I was interested in alternative… basically, things alternative. There was quite a number of like-minded people around at that point in time so I had a book shop in West London because there were a couple on Museum Street and there was one in Cecil Court. Basically, it was an occult bookshop, and it covered all manner of things like astrology and yoga, eastern mysticism, western mysticism, it was right across the board. It’s very similar to what you have in a bookshop like Watkins really, that’s what it was.

How involved were you in Swan Song?
Davy Maguire, Dublin
Very much so. We were all very keen to have something as a record label. We were thrilled. Dave Edmunds, Pretty Things. Detective, they were good. That first album of theirs, it was really good. It should have been more popular, it should have sold better, shouldn’t it? Bad Company… Bad Company was more Peter Grant’s thing, Peter had the Bad Company thing and put that together and that was really a great band to have on there because of Paul Rodgers, he’s phenomenal – he was then and still is. The Pretty Things were a band that were really changing their music and had done because they probably did one of the best singles way back in the day with “Rosalyn”, that’s wild! That’s serious! And then they had gone through SF Sorrow and the music that they were doing on Swan Song was incredible. It was the sort of band that when someone said, “Oh, some tapes have come in,” I was really keen to hear what they’d done, because it was always so good! Good writing, good performance from everybody. A fine band.

Jimmy, would you agree with Robert Plant’s offer to do an all-acoustic set?
Taylor Miranda, Ferndale Califronia
That’s coming from a sound bite that is inaccurate. He would have no intention whatsoever of doing it. So I’m not getting into it. People keep giving me these quotes. I don’t follow what he says… all I know is, it’s speaking in volume that we just did that one show. He can say whatever he wants. He can say “Jimmy this, Jimmy that…” I don’t care. I’ve got acoustic songs. Don’t you think I’ve got some new material for what I’m going to do? It’s just spin. It’s spin, and it’s not on. The Robert Plant questions are difficult for me to answer because I’ve had enough of all of this stuff, to be honest. Robert says this, Robert says that. I just don’t want to be presenting soundbites so that it’s like some kind of ping pong match. I’ve had enough. I don’t need it. The only reality of it is that we did one concert. No matter how you dress it up, look at the situation. That’s it.