The Rolling Stones: “We started to feel the pressure” 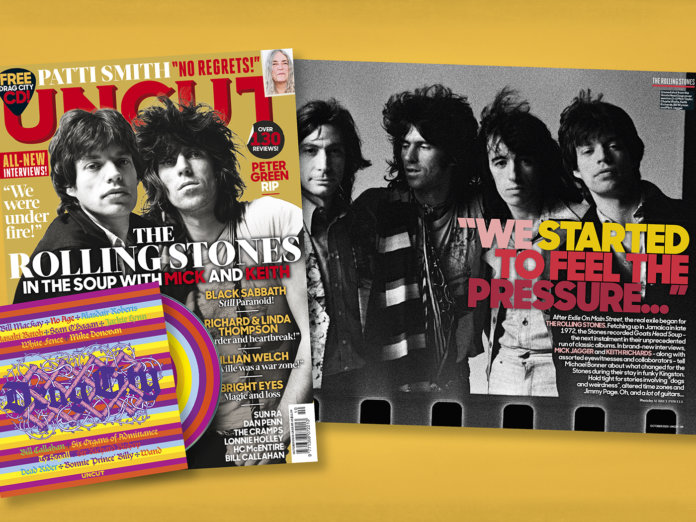 The new multi-format and deluxe reissues of The Rolling Stones’ 1973 album Goats Head Soup are out on Friday (September 4), and the band talk extensively about the album’s fraught but thrilling gestation in the current issue of Uncut – in shops now or available to order online by clicking here.

“We had a lot of problems by the time we made Goats Head Soup, extraneous problems in all kinds of directions,” explains Mick Jagger. “Tours – were they going to go or were they not? Would we get a visa to go to the US, or not? We couldn’t get visas at that point because of all the drug busts.”

Abandoning England in April 1971 for the South of France – “We were broke and we owed loads of money to the Inland Revenue,” says Jagger – by 1973, the Stones held ‘persona non grata’ status in several European countries. For a band who had been positioned at the start of their career as the anti-Beatles, being bad had become a self-fulfilling prophecy. Strung out in Jamaica – one of the few countries left that would take them – the Stones cooked up the grimmest funk.

“We started to feel the pressure of being in exile on this album,” says Keith Richards. “When we made Exile On Main Street in France, we’d just left home and had stuff to do. We just carried on. But Goats Head Soup was the first album where we had to learn to work differently, to work apart and put songs together while actually being in exile.”

Not for the first time, The Rolling Stones demonstrated their ability to play resourcefully the cards they were dealt. This is where the Stones’ sound of the late 1970s and ’80s was born – an exotic, soulful fusion of rock and funk – but for all the gouched-out wah-wah pedals and clavinets, Goats Head Soup is still unambiguously the work of the musicians who made “Jumping Jack Flash”.

“Exile… was overwhelming in a way,” says Richards. “Because it was a double album, it was still pretty relevant when we were doing this one.”

“We spent so much time on Exile…,” adds Jagger. “This is different. A different studio, different attitude to playing. It’s done in a shorter time. All these things affect it. Maybe it was simpler, in some ways…”

You can read much more from The Rolling Stones in the October 2020 issue of Uncut, out now!