Making The Sparks Brothers documentary: “Being ahead of the curve for 50 years is a lonely place to be”

Fifty years after releasing their first album as Halfnelson, Sparks are finally ready for their close-up. A new documentary, The Sparks Brothers, directed by Edgar Wright, pays tribute to the indomitable, pioneering spirit of music’s oddest couple 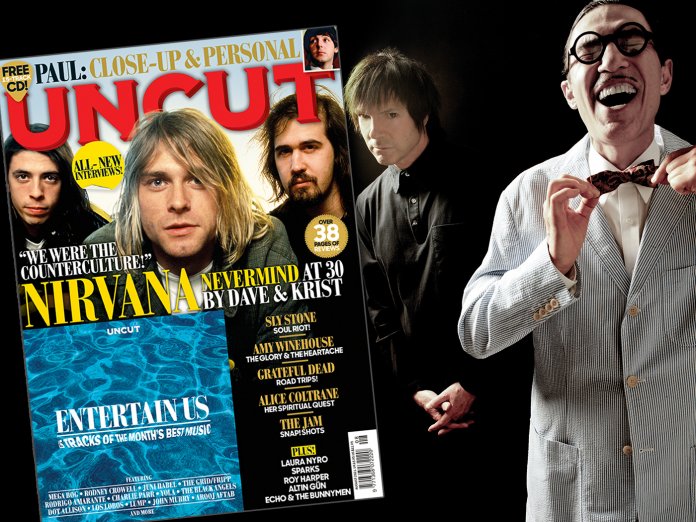 “Is the Sparks story even that interesting?” wonders Ron Mael aloud, with one of those quizzical frowns that over 50 years have variously signalled wry mockery, abject despair, ironic ennui or absurd determination. “We joked about this with Edgar [Wright] when we began work on The Sparks Brothers project. Because other bands in documentaries usually have a tragic ending – you know, a suicide – or they had a drug issues and were able to overcome their habit to win in the end, or their career had a meteoric rise then a tragic fall… But our story didn’t fit into any of those categories. We found ourselves saying: “Guys, is there anything interesting about us to really warrant a movie?’”

It’s not the first time Sparks have failed to fit into established formats. Yet this summer sees one more of those periodical cosmic alignments that have occurred through the brothers’ career – where this most singular, perverse and eccentric group miraculously chimes with the times – like a comet, determinedly following its lonely elliptical orbit through the dark for years, to suddenly blaze once more across the horizon of public attention.

In July, Annette, their decade-in-the-making collaboration with Leos Carax, the holy terror of modern French cinema, is finally set to open – at the Cannes Film Festival, no less. “Cannes!” sighs Ronald, giddy as a schoolgirl. “It’s the most magical word to us!”

But first there is The Sparks Brothers, Edgar Wright’s bravura, breathless, screwball documentary which rounds up collaborators and famous fans for a tour of the weirdest half century in pop history. You can imagine one day The Sparks Story being a told as a fully fictionalised MGM biopic, as fabulously far-fetched as that version of the Cole Porter story starring Cary Grant. Or maybe in the style of Todd Haynes’ I’m Not There with different brothers played by different actors at different phases of their career: “Can I suggest Benedict Cumberbatch?” wonders Ron.

Wright’s documentary throws in a fair amount of fabulation and some lovely sequences of animation, but for the most part sticks faithfully to the facts, although there is some understandable haziness about the early days – “We thought it might be like a pop version of Rashomon,” chuckles Russell. Winningly, it presents the brothers as great pop survivors and pioneers.