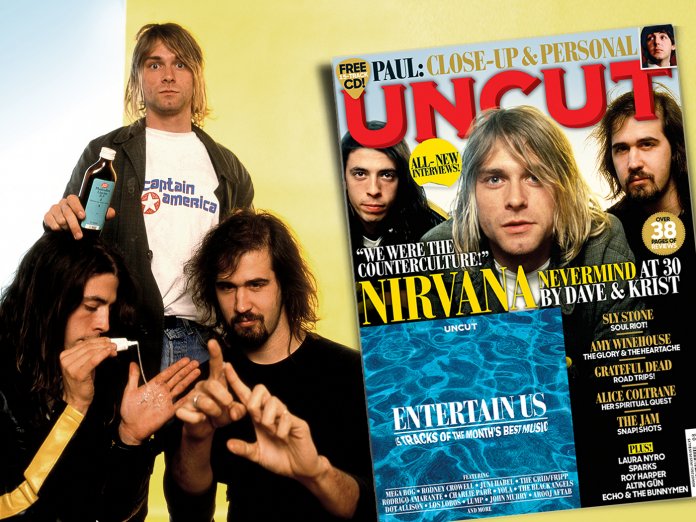 Who could have anticipated that when Nirvana entered Sound City Studios in May 1991 they were about to make history? Certainly, it seems, not the band themselves – according to drummer Dave Grohl, “We thought, ‘Hopefully we’ll get to achieve the success of a band like Sonic Youth, and each get to have our own apartment!’ That was the extent of our ambitions.” It transpired, of course, that Nevermind’s success transformed not only the lives of the band and their affiliates – but the lives of many millions more, who found a deep connection with the band’s music and, especially, the lyrics of Kurt Cobain.

It’s a far cry from the band’s beginnings, in the American northwest. For this story, we join the band during a period of transition. Following the release of their debut album, Bleach, on Sub Pop, the group have begun sessions for a follow-up with producer Butch Vig. But in between a first batch of sessions at Vig’s studio in Madison, Wisconsin, the band’s drummer Chad Channing leaves. Mudhoney’s Dan Peters briefly joins for a standalone single, Sliver, before Cobain and bassist Krist Novoselic first encounter Dave Grohl, playing with hardcore outfit Scream in San Francisco…

Can you still remember the very first time you, Kurt and Krist played together?

Dave Grohl: Absolutely. It was in a rehearsal space in a warehouse district south of Seattle. I knew the album Bleach, but before I flew up to audition for the band I had memorised it. When we sat down to play for the first time in this little damp, dank, disgusting rehearsal space, that I think belonged to either Mudhoney or Tad, we locked in perfectly immediately. Plus, they hadn’t had anyone to sing back-up vocals before, so Kurt encouraged me to sing the back-up harmonies that he had put on the album but had never sang live. Within one minute we knew that this was the right thing to do. It doesn’t happen often, there are only a few times in life when things lock in perfectly. It happened with Them Crooked Vultures as well. When things just settle in so comfortably, you immediately know that it is meant to be.

Can you pinpoint the beginning of the process that eventually led to Nevermind?

When I joined the band in September 1990 I had only heard Bleach. I loved that record so much. It really stood apart from all the other music I was listening to, mostly because of Kurt’s sense of melody. There was lots of noise, lots of heavy riffs and lots of punk rock going around, but there was something about Nirvana that set them apart. The song About A Girl on Bleach just kind of blew everybody’s minds, that the band had that much of a range of dynamics, not just musically but melodically.

When I joined I hadn’t heard any of the music they had recorded with Butch Vig months before [in Madison, Wisconsin, in April 1990]. Originally those recordings were meant to be the next Sub Pop record, but that fell apart. When they played me those demos – they considered them demos – Breed was then titled Imodium. I loved that riff, I loved the chorus, the simplicity of melody. Lithium was there and In Bloom. In Bloom was the song that they had invested the most faith into. They had made a video for it and the production was amazing. I heard those songs and thought, ‘Wow, these guys have really taken a giant leap, from Bleach to this new material.’