Butch Vig on recording Nevermind: “Little did we know that Nirvana would be putting the nail in the coffin of hair metal”

From the Smart Studio in Wisconsin – via $2 pitchers of beer at the Friendly Tavern – to Los Angeles’ legendary Sound City, Butch Vig guides us through the Nevermind recording sessions. Stand by for food fights with L7, encounters with Billy Corgan and Europe and sojourns at the “Cokewood Apartments” 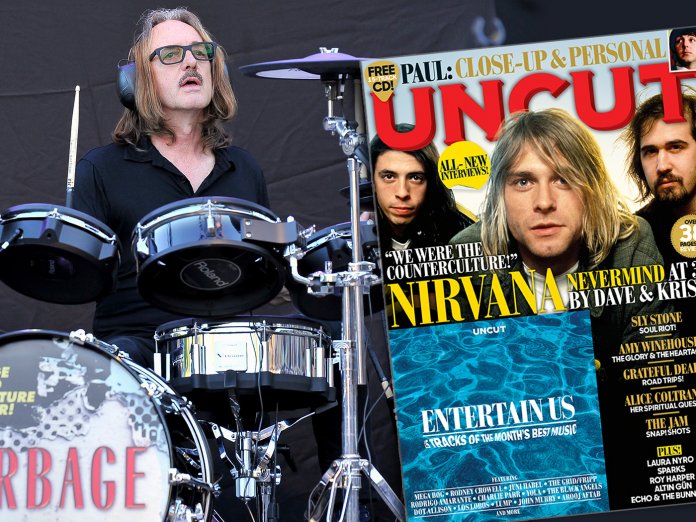 Jonathan Poneman at Sub Pop called me out of the blue sometime early in 1990. They wanted me to work with Nirvana. He said they would be as big as The Beatles. I thought he was just being cheeky.

A couple of days later, Bleach turned up at Smart, my studio in Madison, Wisconsin. I thought it was pretty one-dimensional except that one song, About A Girl, which to me did sound like a Lennon–McCartney composition, an amazing melody with a great arrangement.

We scheduled a week to record and about six weeks later Nirvana showed up in the Sub Pop van, pretty bedraggled. Krist was really friendly, Chad [Channing], who was drumming, seemed nice, Kurt was very likeable, quiet but polite. I fed them up at this blue-collar bar called the Friendly Tavern, a real working man’s watering hole and dirt cheap – you could get a pitcher of beer for $2 and a bowl of soup and grilled cheese for a buck and a quarter.

In the studio, I was taking my time to set up and I could tell Kurt was getting impatient. He kept saying he just wanted to sound “like Black Sabbath”. We tracked the first song and did a couple of takes when Kurt put his guitar down and went and sat in the corner. I tried to talk to him but Krist explained he got into these moods. You had to let him go through it and he’d eventually snap out of it. Eventually, Kurt stood up and said “Let’s go” and we cut the first song.

I realised that was something I’d have to deal with. He had these incredible mood swings, sometimes several times a day. I also noticed tension between Kurt and Chad. Kurt would sometimes go behind the drums and show Chad how to play. Krist was peacekeeper, the guy I would go to if I needed some help with the other two. By the time we finished, we only had something like six songs and a cover. We agreed to schedule more time, I did rough mixes, sent the band a cassette and didn’t hear anything for months.

In early 1991, I was producing Gish with the Smashing Pumpkins when Krist called. They’d signed to Geffen and wanted me to engineer the record. They rattled off some names of possible producers: Ed Stasium who did the Ramones and Smithereens, Scott Litt and Don Dixon who did REM, and David Briggs who had worked with Neil Young. Billy [Corgan] kept asking if I had heard anything. I realised later that Billy was acutely aware there was a buzz around Nirvana.

I heard nothing more for a couple of weeks then Krist called again. They decided they didn’t want to sound like REM or the Smithereens and Dave Briggs was a burnt-out hippie, so they wanted me to do the record in 10 days’ time in LA at Sound City. Four days later a rehearsal tape turned up. It began with Kurt introducing Dave Grohl and then they kicked into Teen Spirit. It was a boombox recording and I heard this scratchy guitar and Dave’s drum fills and then sheer distortion. The recording was horrible, but I could tell the songs were tight and hooky. – As told to Peter Watts