Outspoken actor-director Tim Robbins talks to Uncut about Clint, the Clash and raging against the Iraqi war machine... 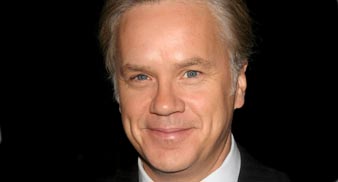 UNCUT: Your controversial new play Embedded, now running in London and LA, is highly critical of the US media’s pro-war bias. Surely their reporting has sharpened up since the Abu Ghraib torture revelations?
ROBBINS: They reported on Abu Ghraib, but that was only because the pictures were out on the internet. That is where the story broke! Not to have reported it at that point would have shown how much they were in the pockets of the administration. But as soon as the handover happened, the war dropped off the front page. As far as I’m concerned, I don’t understand why they’re not calling to impeach Bush! It seems as if we were led into war with weapons of mass deception. Compare that to the amount of ink and newsreel spent on Bill Clinton when he lied about an affair. It’s surreal that we would impeach a president who lied to save his marriage, but we won’t impeach one who lied and it resulted in 15,000 Iraqi civilians dying and nearly 1000 American deaths. And an increase in terrorism! Why isn’t this man being held accountable?

You dedicated the film version of Embedded to Joe Strummer. What’s the connection?
I didn’t know him very well, I met him a couple of times. But I loved his music and I loved his approach to art. While I was writing Embedded I started playing a bunch of old Clash albums, so the
spirit of him was kind of with me at that time. When the Actors Gang started aorund 1982 we were all Clash fans, and we approached theatre the way you’d approach a punk rock concert. We really believed theatre could be infused with a new energy and commitment, and an attempt to portray stories in a way that’s entertaining, which is something Joe was amazing at doing – with beautiful music, incredible tunes and great musicianship. You hear a line like ‘Spanish bombs in Andalucia’, and you go, ‘What’s Andalucia?’ If you can widen the horizons of a person listening to your music or seeing you in the theatre, isn’t that the whole purpose? But the only way you can do that is to first understand what good rock’n’roll is, and Joe did.

You made some angry public statements last year after the Baseball Hall of Fame cancelled your Bull Durham memorial appearance because of your anti-war views. Were you surprised more of your Hollywood liberal friends did not speak up to defend your free speech rights?
Hollywood is full of closet Republicans, and also you’re sometimes not sure who your friends are. When the whole Bull Durham controversy happened there were three people who came very vociferously to our support, all either very conservative Democrats or Republicans: Clint Eastwood, Kevin Costner and Jack Valenti. And how many liberals? I didn’t see any. So I am not one that makes a judgement on someone because they are Republican. I know enough Republicans that are decent people, they love their families, we might have differences of opinion but we can find common ground. And Clint is not really a Republican, he’s a libertarian. I thought I was going to meet Dirty Harry but he’s a sweet, gentle, decent person. And here’s a way to tell – look at his crew. There are people that have been with him for years and years. He’s a loyal, honourable man. That’s what’s important. It doesn’t matter what your politics are if you’re an asshole. You have to find a way to coexist with everybody.