An interview with Ride: “It wasn’t rock’n’roll, it was much more than that…” 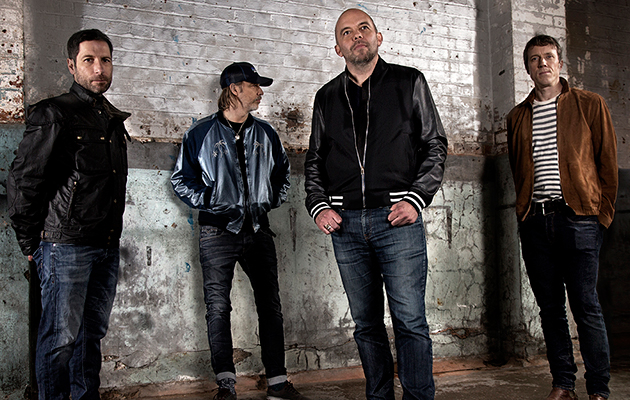 As Ride return – triumphantly, no less – with their superb new album, Weather Diaries, I thought I’d post my feature on the band’s comeback in 2015. 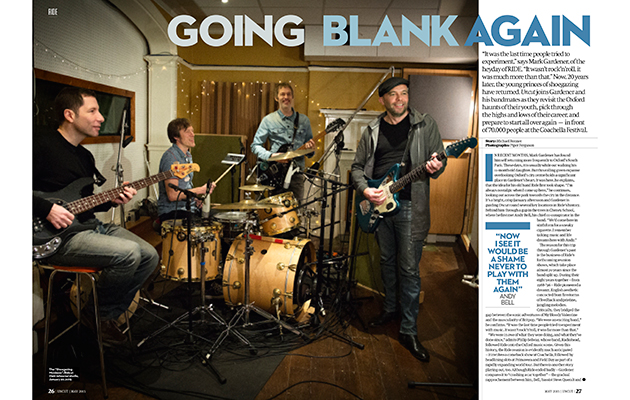 Going Blank Again
“It was the last time people tried to experiment,” says Mark Gardener, of the heyday of Ride. “It wasn’t rock’n’roll, it was much more than that.” Now, 20 years later, the young princes of shoegazing have returned. Uncut joins Gardener and his bandmates as they revisit the Oxford haunts of their youth, pick through their career highs and lows, and prepare to start all over again – in front of 70,000 people at the Coachella Festival.

In recent months, Mark Gardener has found himself returning more frequently to Oxford’s South Park. These days, it is usually while out walking his 11-month old daughter. But this rolling green expanse overlooking Oxford’s city centre holds a significant place in Gardener’s heart. It was here, he explains, that the idea for his old band Ride first took shape. “I’m always nostalgic when I come up here,” he continues, looking out across the park towards the city in the distance. It’s a bright, crisp January afternoon and Gardener is guiding Uncut round several key locations in Ride’s history. Behind him through a gap in the trees is Cheney School, where he first met Andy Bell, his chief co-conspirator in the band. “We’d come here in sixth form for a sneaky cigarette. I remember talking music and life dreams here with Andy.”

The reason for this trip through Gardener’s past is the business of Ride’s forthcoming reunion shows, which take place almost 20 years since the band split up. During their eight years together – from 1988-’96 – Ride pioneered a dreamy, English aesthetic concocted from firestorms of feedback and pristine, jangling melodies. Critically, they bridged the gap between the sonic adventures of My Bloody Valentine and the muscularity of Britpop. “We were an exciting band,” he confirms. “It was the last time people tried to experiment with music. It wasn’t rock’n’roll, it was far more than that.”

“We were in awe of what they were doing, and what they’ve done since,” admits Philip Selway, whose band, Radiohead, followed Ride onto the Oxford music scene. Given this history, the Ride reunion is evidently much anticipated – it involves a comeback show at Coachella, followed by headlining slots at Primavera and Field Day as part of a rapidly expanding world tour. But there is another story playing out, too. Although Ride ended badly – Gardener compares it to “crashing a car together” – the gradual rapprochement between him, Bell, bassist Steve Queralt and drummer Loz Colbert has a more personal resonance. This isn’t just a group of musicians coming back together to play the hits; it is four friends celebrating a shared musical legacy. “It’s a close friendship,” agrees Colbert. “But the difference between Ride then and now is, we’ve all grown up. We’ve had children, marriages, other lives.”

“I always looked back on it as a complete story with people that were really old friends,” reveals Andy Bell. “There was something about it being four albums in six years and ending in an explosion of events. It was the perfect ending, in a way. But as I got older, I got more sentimental. Now I see it would be a shame never to play with them again.”

For all the enthusiasm of Gardener, Bell and Colbert, one member at least remains more cautiously sanguine about Ride’s presence as a  live proposition in 2015 and beyond. “Still part of me thinks Ride should be left back where it was,” admits Steve Queralt. “But at the same time, let’s  be selfish about it! I’m glad it’s happening. I said to our manager, ‘The only thing that can go wrong now is if  The Smiths decide to do it in June, as well.’”