Ian Dury on his favourite things…

Reissues of Ian Dury’s Lord Upminster and 4,000 Weeks Holiday albums are reviewed in the latest Uncut (dated July 2013, and out now) – and a new exhibition, Ian Dury – More Than Fair: Paintings, Drawings and Artworks 1961-1972, takes place at the Royal College Of Art, Kensington, from July 23-September 1, 2013. 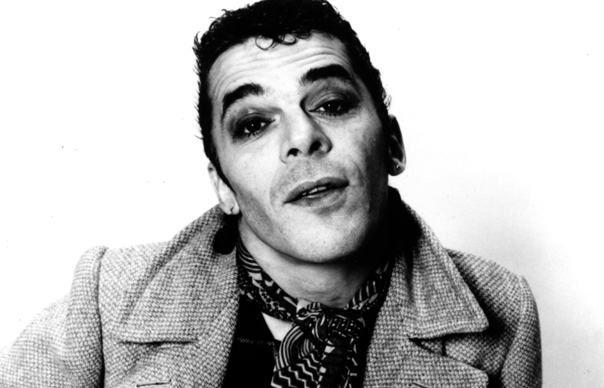 Reissues of Ian Dury’s Lord Upminster and 4,000 Weeks Holiday albums are reviewed in the latest Uncut (dated July 2013, and out now) – and a new exhibition, Ian Dury – More Than Fair: Paintings, Drawings and Artworks 1961-1972, takes place at the Royal College Of Art, Kensington, from July 23-September 1, 2013.

BRITISH WAR FILMS
“I really rate ’em. You get drama, you get aeroplanes, you get the sea quite often. I think John Mills, Richard Attenborough, Bryan Forbes, Anthony Steele – usually in the desert with shorts on – are true artists. I think I like them because they reminded me of the first few times I ever went to a cinema when I was a kid after the war. Most British films recently are designed to go on television, they just don’t work on a big screen – 70mm doesn’t suit ’em. Angels On Fire was a good ‘un, but The Dambusters has the worst special effects I’ve ever seen in my life. In the cinema it don’t matter, but for some reason they show up on the telly – you can spot the wigs and everything. Also I prefer black and white films. Colour kills tone and tone creates space. With colour films, you get no sense of space at all, no sense of depth, or drama. And lighting goes up the wall.”

WOODY ALLEN
“I’m really a fan of Woody Allen the comedian, rather than Woody Allen the filmmaker. There’s a live album of his stand-up act from about 1963 or ’64, and it’s basically all you really need. Anything in his subsequent output that’s been any good was on that first album. You can spot it sometimes in his films – he keeps going back to the stuff from that record, or at least variations on it. Every joke he ever made is on that first album, or the couple that followed. He was probably about 23 when he was doin’ the stand-up, and those jokes have sustained him for well over 30 years. We used to sit around smokin’ a few spliffs listening to those albums – absolutely blindin’. I can’t stand Woody Allen’s movies, I’ve never liked any of ’em. The earlier ones are too amateurish, the lighting’s flat and the sound’s terrible, and then even the later ones are just stultifyingly boring.”

GENE VINCENT
“There’s a few parallels with Elvis Presley here. Just as Elvis was at his best on Sun, Gene was at his peak when he was with the guitarist, Gallopin’ Cliff Gallup, sort of pre-1958. After then, forget it. When he started dressing head to toe in black leather, he’d really lost it. He was better when he was wearing the pale blue bowling shirts, the light fabrics. He was probably the first rock’n’roller to smash up hotels. One of the first was this place called the Knickerbocker Hotel, which I mentioned in ‘Sweet Gene Vincent’. When the saxophone was introduced to his records, I essentially stopped liking him, same with Elvis. It was ‘Lotta Lovin” with Gene and ‘King Creole’ with Elvis. Two black days in music. The rockabilly guys had a pure sound which just disappeared after a while. Gene was a very quiet man offstage, and a polite man. I spoke to Chas Hodges of Chas & Dave, who’d played with Gene in the Sixties, and he told me that Gene would call everybody ‘Sir’, even the musicians he employed.”

SOME LIKE IT HOT
“I knew the art director on that film – in fact, he actually designed it as if it was being shot in colour, but then the producers ran out of dosh and switched to black and white. I wonder if it was because of the amount of money they had to pay Tony Curtis, Jack Lemmon and Marilyn Monroe, I dunno. He told me this story about the day he did a painting on the set and left it on a chair, then Marilyn came in and sat on it while it was still wet. Got paint all over her black slinky dress. Left a lovely impression of her arse on the painting – imagine havin’ that on your wall. You can tell that Some Like It Hot should have been in colour, a lot of it looks too plush to be black and white – things like the scenes on the train when the girl band is rehearsin’ their number.”

ORNETTE COLEMAN
“One of the most important jazz innovators ever. When me and Chaz Jankel wrote ‘Sex & Drugs & Rock & Roll’, we nicked the riff from a Charlie Haden bass solo off an Ornette Colman record. I met Haden in the late ’70s and admitted to him that I’d nicked his riff. He said, ‘Wasn’t my riff, I nicked it off a Cajun folk tune.’ I remember when I first went to the Royal College Of Art, there were four of us sharin’ a flat, all jazz freaks, each of us had a different room for the particular style of jazz we liked. Charlie Watts was a big mate of ours and every time he went to America with the Stones he’d come back with about 10 albums each for us, real far-out stuff that was too heavy duty for his own tastes. I’ve always loved ’50s jazz with a bluesy vibe to it. Charles Mingus was a genius. There’s a great track called ‘What Love’ which is basically a musical conversation between Mingus and his alto sax player, Eric Dolphy, asking him why he was leavin’ the band. Mingus actually makes his bass talk. They row, they fight, they bicker, without words at all. It’s spine-tingling, unbelievable.”

MEMPHIS SOUL
“There was a lot of Jazz in the Memphis soul scene. Stax and Atlantic had a couple of great house bands, and then there were producers like Willie Mitchell who was just great. Al Jackson was probably the best popular music drummer that ever lived – he was so on it, so funky, and so full of feel. He wrote songs with Al Green, he’d actually write a specific tom-tom part. When him and the MGs were backing Otis Redding, something double special happened. There’s stories of him gettin’ into a groove during recording sessions and just carry on playin’ all dat, even when everyone else went out for a cup of tea. His music was everythin’, he’d go there and stay there. He was on the last really good Rod Stewart LP, Atlantic Crossing. He died a violent death, as a lot of the Memphis crowd did, bizarrely enough.”

MAX WALL
“One of the funniest visual comedians ever, him and Tommy Cooper were the best. He recorded one of my songs once, ‘England’s Glory’, on Stiff. I didn’t actually write it for him – it was originally sent to Warren Mitchell, who didn’t want to do it, neither did Ronnie Barker. Then someone had the brilliant idea of sending it to Max. I always thought he was a genius. He was wonderful, but when he got near the Guinnesses it could all go a bit awry. He didn’t quite get the hang of ‘England’s Glory’, ’cause it was a bit fast and there were was a lot of verbal in it, so he kept running out of breath. He introduced The Blockheads a couple of times. I literally had to drag him off stage at the Hammersmith Odeon because I thought our fans were gonna kill ‘im. He’d had a couple of Guinnesses and he wasn’t on the case. A bit later, I bumped into Tommy Cooper and asked him to work with us. He said, ‘No fuckin’ way. Max told me what happened to him, I don’t want beer cans bouncin’ off me ‘ead.’ I don’t find any recent British comedians funny, none of ’em. Steve Coogan and Harry Enfield I rate, because I see them more as character actors than comics. Eric Skyes’ little finger is funnier than all the recent British comedians lumped together.”

KENWOOD HOUSE
“This is the National Trust property up by Hampstead Heath, near my mum’s flat. I go there a lot, it’s lovely. There’s one room where they’ve got a Rembrandt, a Vermeer and a Frans Hals – and there’s only 14 Vermeers in the world, and some of those are supposed to be forgeries. Quite breathtakin’. They’re three amazin’ paintings, but there’s other stuff in there: Gainsborough, Joshua Reynolds and fuck knows what else. The whole place is very inspiring, there’s no other way to describe it. Most people who come here probably just think, ‘Nice house’, but there are three of the best paintings in the world, all in the same room. There was a plot to kill the geezer who lived there a couple of hundred years ago, and the team that was sent to do the job stopped off at a pub down the road called The Spaniards. Anyway, the landlord got them all pissed, called the police and they were all nicked. Their muskets are still on the pub wall. Now, that’s history.”