The appearance of Werner Herzog as the icy criminal mastermind in Tom Cruise’s most recent film, Jack Reacher, may have come as a surprise to those who assumed that the German director wouldn’t have much interest in such conventional film making. 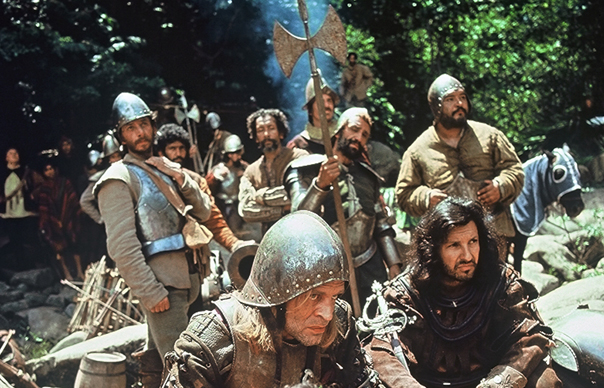 The appearance of Werner Herzog as the icy criminal mastermind in Tom Cruise’s most recent film, Jack Reacher, may have come as a surprise to those who assumed that the German director wouldn’t have much interest in such conventional film making.

After all, during the course of his extraordinary career stretching back 50 years, Herzog has travelled to the most remote parts of the planet, eaten his own shoes, been shot, dragged a steamship across a mountain and threatened to murder his leading actor… why on earth would be want to star opposite Tom Cruise in a Hollywood action film?

But we’ve come to expect the unexpected from Herzog. A retrospective of his films opens today at London’s BFI Southbank and runs until July 31, showcasing in abundance the director’s unique worldview and multiple interests. During the course of the season, you’ll meet the blind, the deaf, obsessives and transgressives, visited the Amazon and the Sahara, watched suicidal penguins in Antarctica and heard the confessions of inmates on Death Row.

Launching the season is 1972’s Aguirre: The Wrath Of God, the first of five films Herzog made with Klaus Kinski – and the story if it’s arduous, five-week shoot in the Amazon, with director and star coming close to murdering each other, has passed into cinematic lore. The story is loosely based on the exploits of a group of 16th century South American privateers searching for El Dorado in the Amazon and are led deep into hostile Indian country by Lope de Aguirre, a conquistador who went mad during the journey round each bend of the river.

As with Apocalypse Now six years later, the shoot of Aguirre: The Wrath Of God mirrored the human folly and megalomania unfolding on screen. The crew went days without water, were besieged by insects and in genuine fear of losing their lives in the fast-moving river. Herzog built a ship 120 feet up in a tree to use for a 30 second shot. On top of that, of course, there was Herzog and Kinski, whose disagreements on every aspect of the film threatened to spill into violence. The film itself is an incredible monument to Herzog’s ambition – a feat of cinema that the director only matched a decade later shooting Fitzcarraldo, which required his crew to manoeuvre a 320-ton steamship up and over a 40° hillside in the Amazon. As Aguirre, Kinski – for all his mad yammering off-camera – has the deranged posturing of a mystical shaman, hallucinating ships in trees, while Popal Vuh’s drone score adds to the fever dream atmosphere. From the opening sequence of the Spanish expedition descending through the clouds out of the Andes to the final shot of Aguirre, alone on his raft, ranting at the sky, this is a fantastic, audacious cinema, well worth seeing on the big screen.

Aside from screening at the BFI Southbank, Aguirre, Wrath of God is at cinemas nationwide now; The Enigma of Kaspar Hauser opens nationwide on 5 July