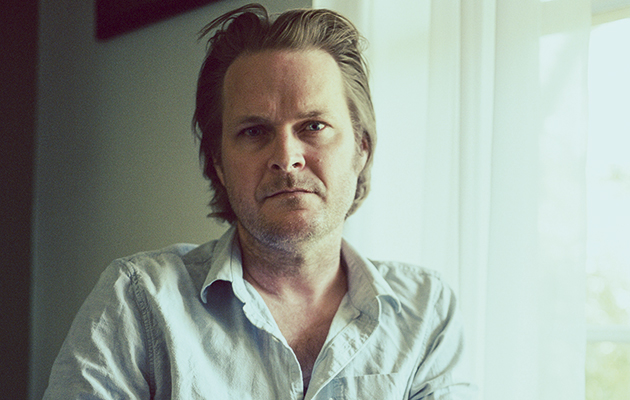 The complexities and ironies of success, even on a small scale, have not often been so pointed. Here is MC Taylor, introducing a song about the emotional strain of being a father in a touring band, about the guilt of abandoning the school run for road jaunts across North America and Western Europe. The song is called “Cracked Windshield”, from the sixth Hiss Golden Messenger album, Heart Like A Levee, and since it was released last October the poignancies have multiplied. If Heart Like A Levee documented Taylor’s fraught attempts to balance domesticity with artistic fulfilment, subsequent acclaim has only exarcerbated the paradox. Nevertheless, Taylor introduces the album’s most conflicted song with an emphatic statement of satisfaction: “Man,” he says, “I would not trade this for anything.”

Taylor’s humility, and his air of a man making the most of long-awaited opportunities, is contextualised by the fact that he’s been chasing them for the best part of two decades, from the hardcore squalls of Ex-Ignota, through the putative country rock of The Court & Spark, and on into the long, constantly evolving saga of Hiss Golden Messenger. At this point, live incarnations of the band suggest a close musical community in constant flux. Previous lineups have included independent talents like William Tyler, Nathan Bowles and, most recently, Tift Merritt, while the current touring roster includes three other musicians who’ve released fine solo records in the past 18 months: keys and slide maestro Phil Cook; bassist Scott Hirsch; and guitar/banjo player Ryan Gustafson (as The Dead Tongues).

So many autonomously creative artists under one banner sounds like a recipe for friction and ego, but that would underestimate the fraternal empathies nurtured by Taylor. Hiss shows, whatever the configuration, have grown into loose, unostentatious celebrations of virtuosity, and tonight is no exception. Initially, it seems as if a bunch of Taylor’s questing engagements with American tradition have been reconfigured to showcase the needlepoint wonder of Gustafson’s electric lead lines. Their cover of “Brown Eyed Women” is omitted, but Gustafson’s agile channelling of Jerry Garcia sends the likes of “Saturday’s Song” beyond its roots in Ronnie Lane vernacular and away towards something more cosmic. When he switches to banjo, and Cook steps out from behind his keyboard to take lead, it’s as if Garcia’s been subbed out in favour of Ry Cooder: a huddled boogie at the death of “I’ve Got A Name For The Newborn Child” is almost ridiculously intricate and, at the same time, apparently effortless.

Plenty separates HGM’s work from most other artists tentatively sorted into the Americana category: Taylor’s nuanced honesty and disdain for self-mythologising, for a start. But it’s their insistent pursuit of a groove that’s most striking, so that “Like A Mirror Loves A Hammer” has a kind of supple intensity that echoes the stripped-back funk of Curtis Live. “Tell Her I’m Just Dancing”, meanwhile, is propelled by downstroke skanks that make Taylor’s love of reggae, as a votive dance music, more explicit than before.

It’s a combination of air and heat that pervades even the climactic processional of “Brother, Do You Know The Road?” Taylor’s understanding of how music can be a healing ritual – one where ordinary life embraces the transcendent, and which unites both players and audience in a shared series of epiphanies – becomes stronger and more profound as his following grows. He invokes crowd singalongs, on a rousing “Heart Like A Levee” and an outstandingly soulful “Day O Day”, as a means to confound cynicism, no matter how dark it gets.

By the end of “Brother…”, Taylor’s in the crowd without his mic, hollering the refrain, at once anguished and triumphal. The road through autumn and early winter is almost done: soon enough, it’ll be time to go home.