“He had been very loyal to Bowie”: Morrissey on Mick Ronson

As part of our Mick Ronson feature from the issue of Uncut dated February 2013, Morrissey kindly agreed to answer our questions about working with Ronson on his 1992 album, Your Arsenal. Here, then, is the complete transcript of that interview. 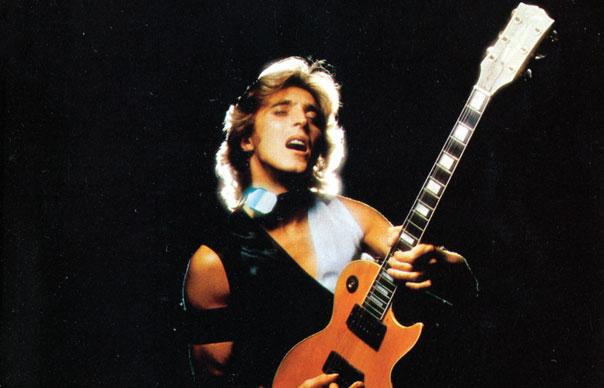 As part of our Mick Ronson feature from the issue of Uncut dated February 2013, Morrissey kindly agreed to answer our questions about working with Ronson on his 1992 album, Your Arsenal. Here, then, is the complete transcript of that interview.

UNCUT: Why did you want Mick to produce Your Arsenal?
MORRISSEY: I was struck by the enormity of Mick’s contribution to every record he’d played on – arrangements, incredible guitar, beautiful backing vocals, classical piano – he did it all, and he was northern and glamorous. He asked me what kind of LP I wanted to make, and I said, “One people would listen to for a very long time”, and he said, “Oh, all right then,” as if I’d asked him to put the cat out.

What were your first impressions of him?
There was, even then, a bit of the wide-eyed village boy in Mick. He’d done all the Bowie years for 45 quid a week. But Mick had zero ego and cared only for the common good – he was without a shred of preciousness given the incredible turns his life had taken. Furthermore, he was blond-haired-blue-eyed handsome – still a shy smile. It struck me how he would have been magnificent for The Smiths’ first LP, but any mention of a top-notch producer and Rough Trade would drop like ’30s TB patients at the thought of having to pay for something.

What qualities did Mick bring to Your Arsenal?
I’d released a slightly pallid LP, Kill Uncle, and I knew that one more similar slip and I’d be rightly hanged on a hook through the tongue. Mick saved me. I’d always pushed the vocal against the structure of the melody, and I didn’t know how long this could work. Mick said, “You haven’t even started.” He’d learned all writing systems, tunings and chord combinations the best way – by ear, which is usually the secret of great music. But he took me aside one night and said, “You realise your drummer can’t actually play?” and I said, “Yes. But it isn’t always a problem.” Mick could have used this as a stick to beat me with, but his only instinct was to save all of us – drummer included – from the snake pit. There wasn’t a single moment when Mick wasn’t patient and understanding, we all absolutely loved him.

What are your memories of seeing Mick in his ’70s pomp alongside Bowie?
I first saw them September ’72 and it was beyond price. Bowie had that incredible face, but he was not rock’n’roll, whereas every note played by Mick was masculine. Mick’s toughness saved Bowie from being Keith Christmas.

Is there an anecdote that best illustrates the kind of man Mick was?
The test of friendships is the long car journey where polite conversation dries up and you can’t wait to get out. I spent a lot of time with Mick – just he and I at the wheel, and never once did the conversation lull. He was very loyal to Bowie, but sad that Bowie had dispensed with him. If you listen to Mick’s guitar on the track “Time”, you’re hearing a guitarist that no-one in their right mind would ever part with. Throughout Your Arsenal, David sent handwritten letters to Mick – yes, by post, and Mick would be thrilled to receive them, and he read them quietly. No matter how you juggle the words, Mick was not replaced in David’s life. None of David’s $20,000-a-day US guitarists had a single grain of Mick’s natural style, and even Eno only worked with David for 14 days. Mick had been David’s lifelong asset – no-one else. We’re all thankful for both of them, but especially for both of them combined.

What do you think Mick’s legacy is?
Listen to the piano on Lou Reed’s “Perfect Day”! Listen to most of the arrangements on Transformer! Mick even accidentally provided the title for that album! Mick also told me that he had written the main guitar riffs for “Starman” and “The Man Who Sold The World”, but a share of the credits wasn’t on offer. During Your Arsenal, Mick used the “Rock’n’Roll Suicide” coda on the track “I Know It’s Gonna Happen Someday”, and I tapped him on the shoulder and said, “Hang on, that’s ‘Rock’n’Roll Suicide’,” and he said, “Yes, but since I wrote the original, there won’t be any comeback.” I spoke to Mick just before he died and he told me he was on the road to recovery, and he said this was lucky because he couldn’t afford any more medical attention. Two weeks later, [Ronson’s wife] Suzi Fussey called me and said, “My baby’s gone.” In the space of three months, three people very close to me had died. I was too upset to go to Mick’s funeral. I would’ve fallen head-first into the coffin. I’ve worked with Jeff Beck and he is similar to how Mick was – very shy about picking up a guitar, yet completely unchained once he had. Guitarists of genius don’t move with the crowd.