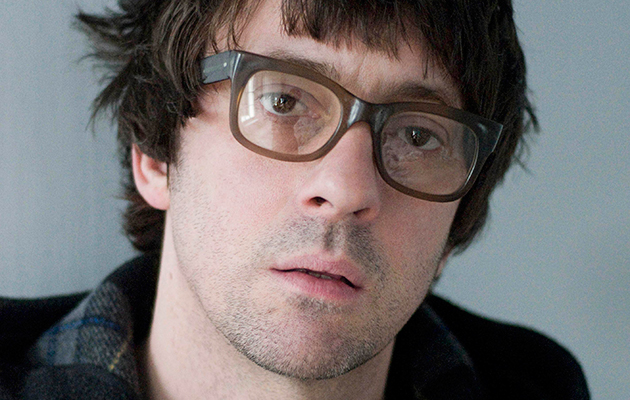 What’s going on with Huggy Bear? And what is your favourite Britpop(ish)
’90s band, besides Blur?
Stephen Malkmus
Whoah, my gosh. Malkmus! I don’t know what’s happening with Huggy Bear, but a hugely inspirational and talented lot they were, and hopefully they’ve still got some incredible ideas in them. And Britpop… well, just before Britpop, I remember loving Cardiacs and The Venus Beads. But it was never a stylistic genre, just some random groups deemed “Britpop” by music journalists. There was good stuff happening, but Super Furry Animals and Radiohead were never deemed Britpop, were they? I always thought Supergrass were a dead good band. I guess Pavement turned out to be my favourite Britpop band!

When working with Weller, ever get a chance to pick up one of his old Rickenbackers and thrash out “Billy Hunt”?
Jim Copley, Bournemouth
I did play Paul my recordings of “Billy Hunt” and “See-Saw”, which I did as B-sides with Stephen Street a few years ago. He said: “Fucking hell, they sound more like The Jam than The Jam did!” How did we meet? He really liked a B-side of mine called “Click Click Click”. And, weirdly, I was on the radio and he put his number through to the radio station. So I phoned him up. I was shitting it, though. And we started getting the “This Old Town” single together. I still love seeing Paul. It’s always worrying though, ’cos he rarely plays a wrong note, whereas I do lots of wrong notes all over the place and feel slightly embarrassed.

In your early days, was there ever a moment musically that changed everything? Mine was hearing Big Bill Broonzy play…
Martin Carthy
What jarred me out of the usual stuff – The Beatles and The Kinks – was when I started to listen to things that were a bit looser. Things like Robert Wyatt, Van der Graaf Generator and The Velvet Underground really excited me. I played saxophone in an improv group called The Curious Band in Colchester, sort of like Soft Machine or Gong. The fact that you could have big areas of space to improvise and explore, that stays with me a lot. The other time was in the mid-’90s when Jo [Johnson] from Huggy Bear got me into things like Pavement and Slint and a lot of other small-label punk groups from the States – Universal Order Of Armageddon, Rites Of Spring, Fugazi. They used the guitar in an incredible way; making quite restrained noisy music, which I’d never heard English bands doing.

What’s your favourite Oasis song?
Adam Hipwell, Manchester
Purely on an emotional level, I like the “Champagne Supernova” song. For chord progressions, I like one of the later ones. It mentions “love” in the title. It has a big, Beatle-esque piano in it, quite midtempo, boom, cha, boom, cha. I can’t remember the name, but the chords are like a C going to a B♭7 and then to an A minor, that Lennon-ish interval [we think he means “Let There Be Love”]. It’s very beautiful. Yeah, it’s weird I’m going out on tour with Noel [Gallagher]. I’ve never talked to him about music, it’s always been shuffly feeted small-talk. Whenever we’ve met we’ve got on just fine. He’s a pretty solid bloke, Noel. I don’t know what was going on with the whole Blur/Oasis thing. I tried to stay out of it, really. Will we be jamming together? I dunno, but I’m definitely open to suggestions!