God bless Rod Stewart Not even creepy celebrity horse-whisperer Alan Yentob could wholly ruin last week’s highly entertaining BBC Arena special on Rod Stewart. His contributions were laughably witless all the same. “You look just like brothers!” he exclaimed excitedly of Rod and long-time mucker Ronnie Woods, which may have been true 40 years ago. These days they don’t even look like cousins. 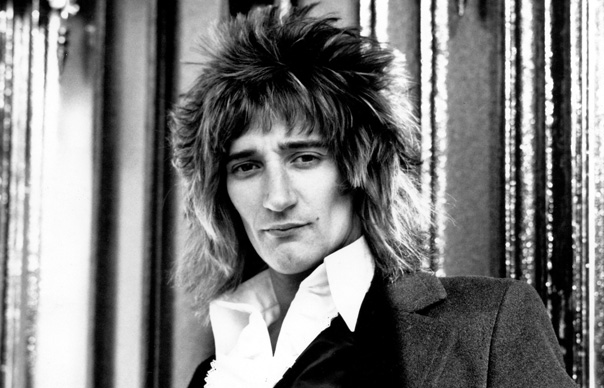 
Not even creepy celebrity horse-whisperer Alan Yentob could wholly ruin last week’s highly entertaining BBC Arena special on Rod Stewart. His contributions were laughably witless all the same. “You look just like brothers!” he exclaimed excitedly of Rod and long-time mucker Ronnie Woods, which may have been true 40 years ago. These days they don’t even look like cousins.

Ronnie was sunken-cheeked and jittery, eager to please. Rod was tanned, relaxed, confident, radiating good health and clearly couldn’t give a fuck what anyone thought about him, which has always been one of his most endearing characteristics.
Ronnie and Rod together were, however, a gas – a wonderful double act that a better interviewer might have successfully pumped for even more hilarious anecdotes and colourful matey banter. The archive footage, meanwhile, was sensational, going all the way back to Steampacket and beyond. Where did they dig this stuff up?

The Arena show comes at a time when Rod’s enjoying something of a critical rehabilitation, due partly to Rod: The Autobiography, by some distance the most entertaining of last year’s glut of rock star memoirs and Time, his first album of self-composed songs since about the discovery of penicillin, which is still in the Top 5 at the time of writing. He seems to be popping up at the O2 or somewhere similar every other week at the moment, but things have been so busy here, where we are as usual working like galley slaves, I haven’t had a chance to go to one of the shows.

It probably still passes as unfashionable to admit to liking Rod, but I’d like to have seen him – schmaltzy bits included. When I went to see him at Twickenham Stadium in July 2007, a rotten, rainy day, it was probably only because I lived just about near enough to walk there. The show was terrific, though, and I’ve reprinted my review below.

First of all, here are a couple of vintage Rod and the Faces clips.

One of the first festivals I covered not long after joining Melody Maker in 1974 was in Buxton, a bleak outpost on the Yorkshire Moors, headlined by Rod Stewart and The Faces, as they were increasingly billed after the departure of Ronnie Lane and not long before Rod himself legged it to LA and a subsequent solo career of great success if variable artistic merit.
The weather then was every bit as bad as it has been recently, and a lot of bands simply pulled out – Captain Beefheart and The New York Dolls among them. Apparently Humble Pie were on the bill, but I have no memory of them, although I recall a storming set in appalling conditions by Mott The Hoople on the Saturday night.
By the Sunday, the driving rain and gale force winds were so bad, it seemed unlikely The Faces would bother playing, cynics predicting a definite no show, Rod suddenly deemed too prissy to risk a soaking.
In the event, they not only played – they were brilliant, rocking through a deluge of Biblical proportions, The Memphis Horns in splendid evidence, and Rod cheerfully disregarding the malevolent elements with a bravura display.
Walking towards Twickenham Stadium last Saturday through an absolutely drenching downpour, I kept thinking of that earlier waterlogged fiasco.
On early, the vast stadium filling slowly during their opening numbers, The Pretenders luckily avoided the worse of the rain that would quickly follow and it was great to hear Chrissie Hynde in such great voice on old favourites like “Back On The Chain Gang” (dedicated to Jimmy Honeyman-Scott and Pete Farndon), “Kid”, “Talk Of The Town”, “Day After Day”, “Brass In Pocket”, “Mystery Achievement” and “Precious”.
The rain holds off during the interval that follows, but during the self-deprecating The Rodfather ‘mockumentary’ that affectionately sends up Rod’s career it’s coming down in proverbial buckets. With his tartan-suited band of slick session musos already drawing vast cheers from the crowd as they essay the beguiling opening to “You Wear It Well”, Rod appears in a puff of smoke, like a panto villain, from a trap door in the small stage at the end of a steep catwalk from the main stage. By the time he’s slithered up the walkway, he’s soaked, despite a rather pretty brolly he’s picked up from somewhere and expertly twirls as he makes his way gingerly to the stage, which is covered but offers little protection from the deluge.
The audience by now is in full voice, as they will be for most of the two hours that follow, Rod at times just leaving them to it.
You would not in the circumstances have much blamed him for rattling through the set and splitting for somewhere out of the growing storm, but just as he did at Buxton, lo those many years ago, he just gets on with it, a trouper to the end.
“Good evening my friends,” he says over great cheers at the end of “This Old Heart Of Mine”. “It’s raining, but it’s not cold. It’s Saturday night and we’re all in this together – so let’s make the most of it.” A raucous “Sweet Little Rock’N’Roller” follows, and as unfashionable as it might be to admit it, a lot of tonight is just brilliant.
It’s unapologetically a greatest-hits set, rammed with crowd pleasers – no radical interpretations here of the Joanna Newsom songbook, for instance – and the crowd is duly pleased, Rod’s sheer chutzpah lifting their spirits and the music taking care of the rest.
It’s a weird crowd, older on average I’d say than recent audiences at the same venue for the Stones – including coach parties of what appear to be alcoholic divorcees squeezed into clothes that wouldn’t fit their children who treat the entire evening as a mass karaoke session. More than a few of the men around me, meanwhile, look like dodgy lower league football managers or gangland killers with cleaned-up pasts.
Things get a wee bit cheesier later on, but in the first half of the show there are great versions of “Reason To Believe”, Cat Stevens’ “Fathers And Sons” – just beautiful when I had expected something unilaterally mawkish – and a very moving “Dirty Old Town”, played against a filmed backdrop of clips from an apparently distant past of the recently-deceased Glasgow Celtic football legend Jimmy Johnstone. The first set ends with rowdy versions of “We’re Having A Party” and “Stay With Me”, replete with hilarious archive film of The Faces in all their misspent glory.
The second half of the show is given over almost entirely to singalongs on “The First Cut is The Deepest”, “Tonight’s The Night”, “You’re In My Heart” and a rather egrettable “Do Ya Think I’m Sexy”. There’s an inevitable outing for “Sailing” which might more correctly have been re-titled “Raining”, or even “Drowning”, but the second half honours go to the much-anticipated “Maggie May”, which is a bit rushed but eventually glorious, much to the soggy delight of a wet but ecstatic Twickenham.

Have a great week!