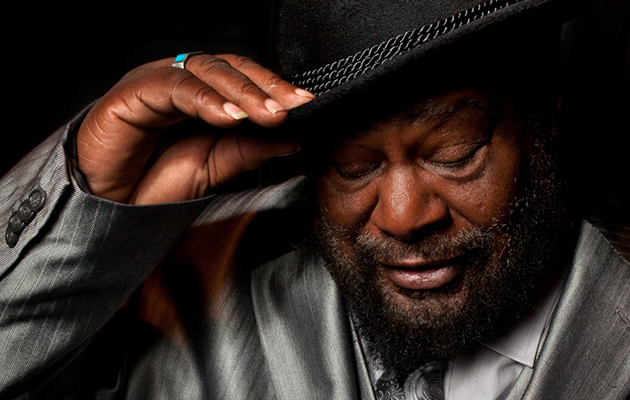 George Clinton is on a mission to reclaim his musical legacy from pernicious lawyers, record labels and musicians. He’s even taken his case to the White House. Here, Dr Funkenstein takes time out from his campaign to talk about the glory days aboard the Mothership, his upcoming reality TV series and to share his personal philosophy: “If you ain’t free in your mind,” he tells us, “then fuck it.” Words: Andy Gill

In his P-Funk heyday, there was nothing quite as freaky as George Clinton. Resplendent in multi-coloured hair, space-pimp jumpsuit and five-inch stack heels, he looked like the mutant offspring of Sly Stone, David Bowie and Frank Zappa, and sounded like it, too. But not any more. These days, the Godfather of psychedelic funk has smartened up his act. “I wear suits and ties, I got my hair cut off,” he says. “I have a whole new look, it’s more like when I was in high school. I just started buying clothes from the places I used to shop in New Jersey when I was younger.”

It’s a weird new development in this weirdest of careers that has gone from singing streetcorner harmonies with The Parliaments as a teenager in the ’50s, forging the influential alloy of rock, funk and drugs with Parliament and Funkadelic in the ’70s, then piloting the P-Funk Mothership to global fame and catchphrase familiarity, before watching his bands’ grooves underpin the growth of hip-hop culture in subsequent decades. But Clinton’s new smart look is the appropriate garb for a life now punctuated by honorarian awards ceremonies and court appearances, as he battles to regain the rights to his own material. Not that it’s been greeted warmly by some industry types. “Record people don’t like it if you change completely,” he says. “They wanted to sue me for cutting off my hair!”

UNCUT: You have a new single out, “The Naz”, recorded with Sly Stone. How did that happen?
CLINTON: Sly and I have been working together for a bit, over the years. That comes from when he used to DJ on the radio, he’d do that Lord Buckley bit, “The Naz”. So he did that, and I got together with friends of mine from London, Rob [Manzoli] from Right Said Fred, remember them? Rob was the guitar player. He and I have been working together for years – he came to Tallahassee in Florida, we did a lot of stuff. He took Sly’s performance of “The Naz”, took it back to London, and put music behind it, and we tweaked it. The other side of it is “Nuclear Dog” [an upgrade of Clinton’s “Atomic Dog”], with Blackbyrd McKnight. Those are the first two tracks of the new deal we have.

I see you’ve been given an Honorary Doctorate by the Berklee College Of Music.
That was one of the best feelings I’ve had. That was in February 2012.

So now you literally are Dr Funkenstein! What was the ceremony like?
They had a P-Funk Orchestra, I worked with them there for a few days, and we performed a bunch of our songs. They performed from “Lonely Island”, from back in the ’60s, all the way up to “One Nation…”.

Did you have to wear the robe and mortar-board?
Yeah, they gave me the robe and everything. And after that, I did something in Memphis at the Stax Academy. They have this thing in conjunction with Berklee, so they gave me an award down there.