One bright morning a couple of weeks ago, I was unpacking CDs in my new house and found Four Tet’s “Pause” as an ideal soundtrack. Eleven years old, it still sounded wonderful: beatific but fleet of foot; contemporary in spite of folktronica, or whatever it was called (the pricelessly daft “Idylltronica” was even better), being a very fleeting fad. I think Kieran Hebden once blamed me for coming up with that folktronica tag; wrongly, I hope. 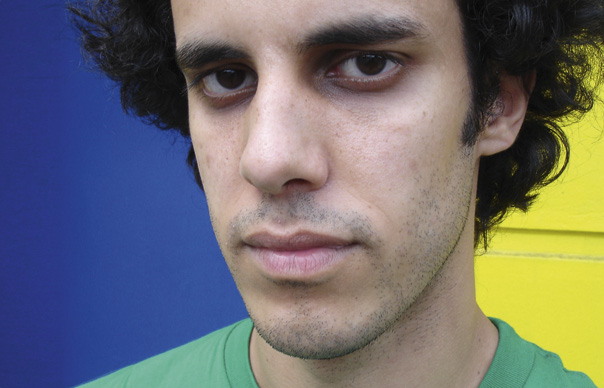 One bright morning a couple of weeks ago, I was unpacking CDs in my new house and found Four Tet’s “Pause” as an ideal soundtrack. Eleven years old, it still sounded wonderful: beatific but fleet of foot; contemporary in spite of folktronica, or whatever it was called (the pricelessly daft “Idylltronica” was even better), being a very fleeting fad. I think Kieran Hebden once blamed me for coming up with that folktronica tag; wrongly, I hope.

It’s sobering to think, in fact, that Hebden has been releasing records for 15 years now in one form or other, and that the first Four Tet single – the jazz epic “Thirtysixtwentyfive” – came out as long ago as 1998. Since then, there’s been something akin to an evolving consistency about his music: an enduring lightness of touch and melodic subtlety, coupled with an omnivorous musical appetite that ensures he absorbs new things – especially beats – while keeping a deep faith in the transcendent jazz, acoustic textures and other sounds that have sustained him for so long now.

As a consequence, Hebden’s brilliant new “Pink” compilation, collating a bunch of tracks he’s quietly released as 12-inches on his own Text label over the past few months, feels entirely in keeping with his back catalogue, but at the same time ready and contemporary enough for a 2012 Rinse FM playlist.

The notional model is “Ringer”, the EP Hebden released in 2008 (and blogged about here) to privilege his more dancefloor-focused music while he was deep in a productive improvising partnership with Steve Reid (a quick recommendation for “Morning Prayer” from the Hebden/Reid/Mats Gustafsson ‎jam, “Live At The South Bank”: it’s immense).

Even so, there are still strong links to the filigree, organic/processed music that has been Hebden’s (possibly reluctant or inadvertent) trademark for over a decade now, from the opening “Locked” onwards. But it’s most pronounced on the to some degree self-explanatory “128 Harps”, which aligns a spectral harp sample – the sort of thing which attracted all those ‘folk’ tags to “Pause” and “Rounds” – with a sliding and fresh-sounding (at least to these admittedly unschooled ears) UK bass rhythm.

Best of all are the last couple of tracks. “Pinnacles” is a supercharged upgrade of Hebden’s space/jazz tastes, grafting a brokeback piano line onto a characteristically flexible rhythm and some ferocious bass. The 11 and a half minutes of “Peace For Earth”, meanwhile, begins as a synth meditation reminiscent of Laurie Spiegel’s amazing “Expanding Universe” (just reissued on Unseen Worlds, and totally recommended for anyone with an interest in Terry Riley/kosmische music etc), before working its way into an artful and intricate take on microhouse.

Great record (or download, I should say more specifically; it’s available now), and also one that reminds me to mention that Hebden’s old friend Dan Snaith (once Manitoba, then Caribou, and on the flipside of one “Pink” track, “Pinnacles”, when it was originally released) has a new album forthcoming, this time under the name of Daphni.

Like Hebden, Snaith is pushing his dancefloor side on “JIAOLONG”, named after Snaith’s own imprint, that’s releasing it. Unlike with “Pink”, though, it’s harder to spot obvious echoes of Snaith’s Caribou work here (maybe another listen to his Manitoba debut, “Start Breaking My Heart”, might be apposite). Snaith’s sometimes insipid, indie-ish singing voice is nowhere to be found on “JIAOLONG”, and the psychedelic textures are for the most part discreet (a vaguely eastern/Turkish guitar sample on “Jiao” for example) until the the closing ‘70s synth ritual of “Long”; an explicit reminder that the first time I came across Snaith’s new project was on a remix of Emeralds.

Mostly, these nine tracks are stylishly-evolved techno, built on sweat, loops and repetition: often tough, sometimes tribal, occasionally a little camp. It’s all beautifully done, and highly energising, not least when Snaith feeds some Underground Resistance-style Detroit acid into the mix on “Light”, where it works in steely harmony with a flute loop and some neat dub FX.