There comes a moment during the trailer for Spike Jonze’s new film, Her, where Joaquin Phoenix turns to the object of his affections and says, “I’ve never loved anyone the way I love you.” 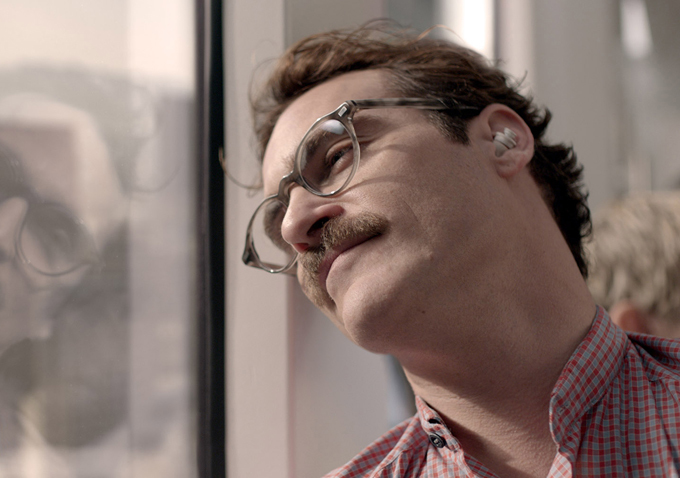 There comes a moment during the trailer for Spike Jonze’s new film, Her, where Joaquin Phoenix turns to the object of his affections and says, “I’ve never loved anyone the way I love you.”

The fact that he’s delivering the line to a computer operating system, voiced by Scarlett Johannson, isn’t just supremely creepy. By this point in the trailer, as you’ve watched Phoenix’ socially awkward Theodore Twombly fall in love with an artificial intelligence, you could be forgiven for wondering whether Jonze’s latest isn’t in fact a deadpan parody of a certain strand of American indie cinema. After all, isn’t Johannson’s “Samantha” just a Manic Pixie Dream Girl for the 2.0 generation, and Twombly just another soulful, brooding protagonist with people issues – the kind of character, essentially, you’d expect to find played by Jason Schwartzman, Zach Braff or Joseph Gordon-Levitt.

But there’s nothing in the trailer to suggest this is anything but a weirdly sweet, if sinister, wish-fulfilment fantasy for tech-nerds; a sort-of indie take on Electric Dreams for Siri users. The shot of Theodore running round his garden with a sparkler is beyond parody, however. But Jonze’s films are typically full of idiosyncratic flourishes – he is at his best when playing with audiences expectations – so what are we to make of the trailer for Her? Personally, I suspect Jonze has yet to show his hand completely: I’d be surprised if he didn’t have something deeper and more disturbing lurking, as yet unseen, for us. Incidentally, this is the first film Jonze has written as well as directed, and as far I can tell from what we can see in the trailer, I like this more measured performance from Phoenix: I couldn’t bear his histrionics in The Master.

Anyway, a final thought for now: is it just me, or is there a touch of Charlie Brooker’s Black Mirror series going on here?