It’s a pretty auspicious day, according to my Twitter feed. No, it’s not just that Neil Young has joined Twitter – 21,300 followers and rising. 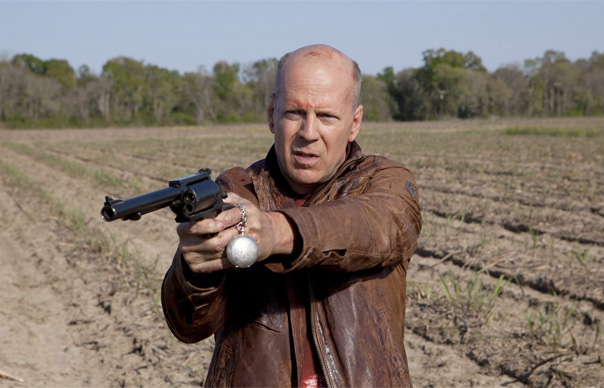 It’s a pretty auspicious day, according to my Twitter feed. No, it’s not just that Neil Young has joined Twitter – 21,300 followers and rising.

No – sit down, folks – today Mark Hamill is the same age as Alec Guinness was when principal photography began on Star Wars. This, incidentally, has been re-Tweeted repeatedly through my timeline this morning by everyone from the good folks at Empire magazine to Graham Linehan.

This endless capacity for Star Wars geekery aside, I was reminded recently that the best science fiction tends to be satirical, passing comment on the present from a vantage point located somewhere in the future. It seems to me that science fiction – in film, at least – has become more about fulfilling audience’s role-playing fantasies than displaying its satirical edge. The last science fiction I remember that really felt like it was digging claws in was Alfonso Cuaron’s 2006 film, Children Of Men. This year, science fiction hasn’t been particularly well served in film. As much as I enjoyed Prometheus, it took us further away from the reactionary, groundbreaking aesthetic of Ridley Scott’s original. Dredd felt more like a straight-ahead action film, lacking the black-comedy satire of the best 2000AD strips. Oh, and Colin Farrell in a remake of Total Recall? No, thanks.

Looper, which opens this week, is being talked about as a proper science fiction film – distinctive, intelligent, etc. Being as it is a sci-fi thriller involving Bruce Willis travelling back into his own past, an initial reference point could be Twelve Monkeys. But it’s just that bit too clean, a bit too arch; it lacks Terry Gilliam’s scratchy, bug-eyed madness. Looper is set mostly in Kansas, 2044. This is a place where objects familiar from our own time sit next to more fancy, technological creations: where old school pick-up trucks jostle for space on the highways with hover bikes, where drugs are administered optically but people still listen to Richard and Linda Thompson’s “I Want To See The Bright Lights Tonight”. The most effective way of shooting a  man is with a blunderbuss.

Looper is the third film from director Rian Johnson, whose 2005 debut, Brick, identified him as a filmmaker who enjoys playing around with genres. Brick brilliantly transposed the hardboiled crime fiction of Dashiell Hammett into the contemporary world of a suburban Californian high school. His follow-up, 2009’s The Brothers Bloom, was a deadpan con-man movie, too dry for some. For Looper, Johnson is reunited with his Brick star Joseph Gordon-Levitt, who plays Joe, employed  by mobsters in the future to assassinate marks who’re sent back in time to 2004, where Joe  whacks them in a cornfield outside town.

At some point, as every Looper knows, they will have to kill their future selves – thus tying up awkward loose ends in the tomorrow. So it is that Gordon-Levitt finds himself facing himself  from 20 years hence: Bruce Willis, looking uncannily like a bulked-up Brian Eno. Nothing good can clearly come of this.

Turned into an unlikely action hero by Christopher Nolan in Inception and The Dark Knight Rises, Gordon-Levitt has the wiry and muscular frame of a flyweight boxer. There is  some strong support from Paul Dano as a fellow Looper and Jeff Daniels as an avuncular mob boss – even Emily Blunt is passably tolerable as a  single mother. Johnson’s clever, chatty script often plays out in ways you don’t expect it to. Indeed, there are many pleasures here. Perhaps the most satisfying of all is watching Bruce Willis doing good gear in his second film this year, after all-but stealing Wes Anderson’s Moonrise Kingdom. Although I’m fond of Willis as a lead actor in particular movies – off the top of my head, Last Man Standing, Armageddon, The Sixth Sense, 16 Blocks – I think he is far more interesting as a supporting actor (as is his willingness to be unlikable) in films like Death Becomes Her, Billy Bathgate and Pulp Fiction. In Looper, I guess what’s important is how he plays against type: yes, he is Bruce Willis waving a big gun around in a science fiction film. But, look, beneath that is a man so beaten up by grief and self-hatred that he will kill a child. This is not the kind of thing John McClane would do.

Looper opens in the UK on Friday.