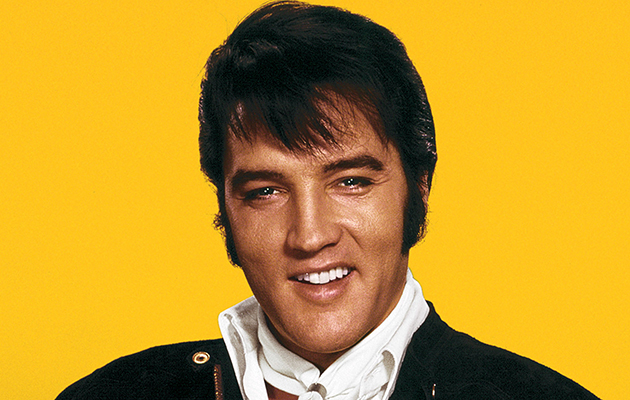 The musicians came home in the small hours of June 8, many stunned by what had transpired. “It was like you’d just played four quarters of football and you won,” says Putnam. “Everyone’s gone, and you’re sitting alone in your car, and can you get home without hitting a tree? It was exhilarating exhaustion.”

The evening of June 8, they went back to RCA Studio B. It was as if the previous night’s session hadn’t happened. The five songs they recorded – “There Goes My Everything”, “If I Were You”, “Only Believe”, “Sylvia” and “Patch It Up” – were the usual hotch-potch of mid-tempo ballads and love songs. They had completed 35 master-takes in five nights. Presley left Nashville shortly after. On August 10, he began what Colonel Tom Parker dubbed ‘The Elvis Presley Summer Festival’: a month-long residency at the International Hotel in Las Vegas, filmed as Elvis: That’s The Way It Is, another triumph.

At some point during his tenure in Vegas, the decision was taken to release a country album drawn from the Nashville sessions. On September 22, Elvis returned to RCA Studio B. Four new songs were added to the 35 they’d cut back in June. Only two of those – Anne Murray’s recent hit “Snowbird” and Jerry Lee Lewis’ “Whole Lotta Shakin’ Goin’ On” – made the LP. But, as David Briggs recalls, the mood had gone: “James Burton wasn’t on that session, and we got Eddie Hinton, which was my idea as he was a great rock’n’roll player. But when Elvis came in and had all these sorta corny songs like ‘Snowbird’, it’s hard to make them anything that’s groovy.”

Presley lacked enthusiasm for the material. Even before they began “Whole Lotta Shakin’…” he told his band, “We’ve been doing it too long already.” However, David Briggs remembers that their fierce, authoritative take of “Whole Lotta Shakin’…” would come to mean a great deal to Elvis later: “This was just before he died, in ’77, when we were supposed to be recording an LP with just piano in Graceland. He used to like to listen to that up in his bedroom when I was with him. He played ‘Whole Lotta Shakin’…’ every day, ’cos he liked what Jerry Carrigan played on the drums. He wore me out, he must have played it 50 times. ‘Listen to this, listen to this!’ ‘I was there! I was there!’ We were just playing around on songs like that… we’d just go, ‘Jesus Christ!’ and start jamming. It was a way of getting away from all that stuff he didn’t like, the stack of bad songs that the Colonel had always agreed to do for somebody.”

Elvis Country was released on January 2, 1971, with the evocative subtitle, ‘I’m 10,000 Years Old’. It reached No 12 on the Billboard Hot 100 – the highest place an Elvis album would reach until his death in 1977. In his review for Rolling Stone, future Elvis biographer Peter Guralnick considered it among Presley’s best “since he first recorded for Sun almost 17 years ago… music that, while undeniably country, puts him in touch more directly with the soul singer.”

The surfeit of recorded songs would be spread through a further two albums, That’s The Way It Is and Love Letters From Elvis. “Mostly it was just, ‘everybody goes wild’,” remembers David Briggs. “It was like a big gang-bang there. The engineers were lazy, some of them, and they were too busy dancing in the control room rather than working on the EQ. It’s probably 10 per cent of what it could have been. And that’s Elvis – that’s the part that sounds great.”

Briggs also contends that 1970 was a pivotal year for Presley, both in the studio and during his ever-expanding Vegas residency. “A lot of that stuff is when it started going bad. Maybe being so constricted in Memphis, when he did that great album, wore him out. Maybe he just didn’t like to cut that way. Whereas before he’d sing softer, more in control and didn’t sing hardly any bad notes, that was the start of his going down with his vocals. Singing in Vegas could have been a big part of it – that brassy, hard singing above the orchestra.”

“It was a shared frustration with the band, that it went too fast and they could have done better,” counters Ernst Mikael Jorgensen. “But Elvis never cared for perfection, if the thing had the feel.” Elvis’ exhilarated vocal outbursts on Elvis Country set the template for the unchecked soul of his best ’70s singing, and the bombast of the worst. “He was in better shape to pull it off as a vocalist in 1970,” Briggs concedes. “It was more special working with him than anybody else.”

Back in Bonn, James Burton turns over the sleeve of Elvis Country and runs a finger along the tracklisting, before letting it rest on the title, “I Was Born About Ten Thousand Years Ago”. “If you go through all the generations of this guy’s music in his life,” he says, “he might well have been born 10,000 years ago. It was a natural, exciting thing, playing behind that voice. Playing all the hot licks, all at once.”