Day Of The Dead reviewed!

The music never stops: The National's five-hour tribute to The Grateful Dead. 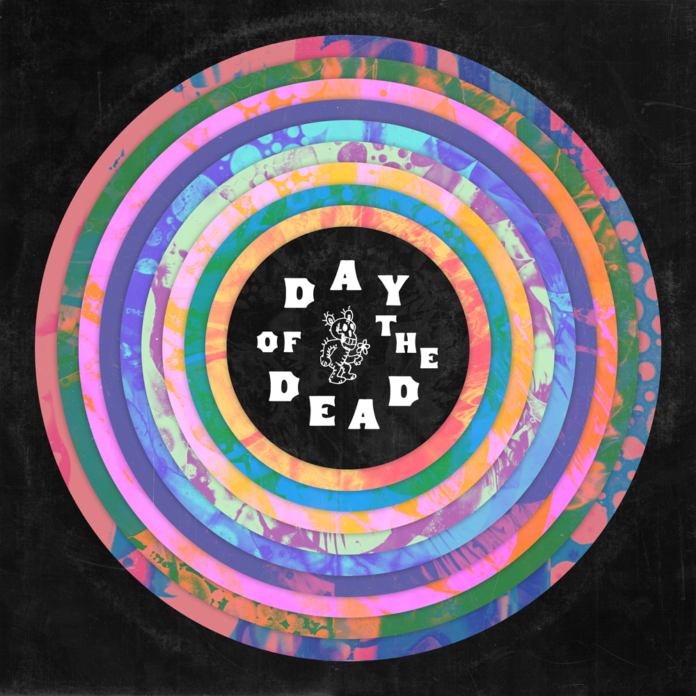 In Heads, his new history of psychedelic America, Jesse Jarnow has a neat phrase for the Grateful Dead fans who have infiltrated the broader music world over the past 40-odd years. They are, he suggests, “an invisible contingency”, counter-cultural insurgents at the heart of “nearly every white American musical scene, no matter how punk or country or electronic or classical” it might be. Jarnow’s book is full of revelations about the Dead’s reach, but the tasteful denizens of indie-rock are mostly conspicuous by their absence. For a generation of music fans and music-makers who came of age in the ‘80s and ‘90s, an abiding disdain can be summed up in his quoting of one of Kurt Cobain’s old t-shirt slogans: “KILL THE GRATEFUL DEAD.”

And yet, even this demographic, so historically wary of hippies, turns out to have an “invisible contingent”. Day Of The Dead is a vast survey of covert Deadheads, corralled by Aaron and Bryce Dessner from The National. In 2009, the Dessners put together Dark Was The Night, a compilation which raised funds for AIDS research, and provided a handy primer on the contemporary indie scene. The Day Of The Dead is very much a sequel to that, and a testament to how the Dessners, and indie-rock itself, have expanded their horizons in the interim.

At times, the prevailing spirit of The Grateful Dead is hard to locate, even though all 59 tracks here are technically covers of their songs (or of songs, like “Morning Dew”, which they adopted). There is precious little jamming, not much in the way of boogie, only the occasional foray into stranger musical dimensions, and a general understanding that it may be a mug’s game to try and match the guitar ambulations of Jerry Garcia.

What it does showcase is the robustness and multi-purpose potential of Grateful Dead songs. “Easy Wind” can be turned into a lugubrious campfire slouch by Bill Callahan, “Cumberland Blues” into snaking psych-funk by Charles Bradley and the Menahan Street Band. Fucked Up can repurpose “Cream Puff War” as bombastic post-hardcore, while Senegal’s Orchestra Baobab make Afro-Cuban intricacy out of “Franklin’s Tower”. Little here, though, will provoke bold and non-prejudicial new perspectives on the participants. Mumford & Sons, most pointedly, render “Friend Of The Devil” as something more or less indistinguishable from their own Wilder Mind album.

That album, of course, was produced in part by Aaron Dessner, and Day Of The Dead emphasises the National’s position at a rare musical nexus, with stadium-filling production clients on one side, avant-garde compadres on another, and the rump of this century’s most lucrative college rockers – Justin Vernon, Jim James, The War On Drugs et al – sat comfortably alongside them in the middle.

Their influence spreads beyond curation, since most of The National appear on nearly half of the 59 tracks. The Dessners and Devendorfs are at the core of a flexible and discreet house band who, nevertheless, seem to turn much of this transformative material into music which is decent and meticulous, but which rarely captures the spirit of risk, the high times and potential for disaster, critical to the Dead’s appeal. A case in point is the take on “Terrapin Station” fronted by Daniel Rossen of Grizzly Bear, which Dessner and his cohorts recreate as orchestrated chamber-pop. It’s a rousing technical feat, and undoubtedly ambitious in scope. You fear, though, for the Grateful Dead neophyte who ventures forth into the band’s own catalogue and discovers a much messier and, at times, scarier world than the one manifested here.

Those brave newcomers also may be surprised by the swing and danceability of the Dead, an aspect frequently avoided by the staunch footsoldiers assembled by the Dessners. One wonders whether a fear of latterday jam bands like Phish, and the goofy funk which is part of their DNA, kept the grooves mostly at bay. The plasticky Prince affectation of Unknown Mortal Orchestra’s “Shakedown Street” is, in context, a welcome outbreak of partying.

Still, Day Of The Dead contains multitudes, and each pass through reveals new pleasures: Bonnie ‘Prince’ Billy and Hiss Golden Messenger making rootsy capital out of “Ruben And Cherise” and “Brown-Eyed Women”; Terry Riley and his son Gyan finding a cosmic raga in “Estimated Prophet”; Kurt Vile and J Mascis being adorably faithful to “Box Of Rain”; Cass McCombs’ heroic exploration of “Dark Star”; Steven Malkmus having the guts to take a flurry of solos on the canonical Dead jam of “China Cat Sunflower > I Know You Rider”. These are wonderful efforts, and Day Of The Dead is an exemplary way of proving to a sceptic that at the heart of the Dead’s extravagant digressions are imperishably great songs.

A taste of what lies beyond comes, perversely, as an afterthought – a ragged live version of “St Stephen” in which guitars spiral ever upwards, sometimes haphazardly, and the harmonies are, as Dead fans will appreciate, at best approximate. The players are Wilco, a creative road band who currently might be the closest thing indie-rock has to a workable Grateful Dead analogue. And their guest? “Talk about your plenty, talk about your ills,” sings none other than Bob Weir, “One man gathers what another man spills.”