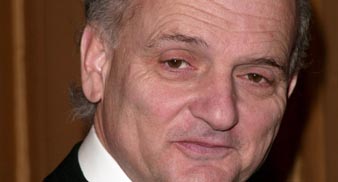 UNCUT: Tony seems indecisive – why is that?
CHASE: If you want to believe that there’s a reality to Tony, that he’s intelligent, that he’s an effective gang boss, there would be times when he would not act on his destructive impulses. He’s also diplomatic. He’s a statesman. He has more than one tool in his toolbox. If he didn’t, we wouldn’t still be on the air. You could have him blasting away at everything in sight with a gun, but it would be a short-term fix.

UNCUT: Who is your favourite character?
CHASE: One of the keys to the writing of this show is that everyone’s thinking about themselves all the time. There’s a tremendous amount of narcissism and self-involvement. I would say that Junior is all the writers’ favourite character to write. He’s completely out there. It’s like writing a six-year-old child. He doesn’t hold anything back.

UNCUT: What can we read into the ending of Season 6?
CHASE: Some people have said it was a sentimental happy ending. How you can look at this scene and say things are happy I have no idea. In the life of the Sopranos we’ve seen that human life is cheap. It doesn’t seem like an optimistic Christmas card to me.