Cannes you dig it? 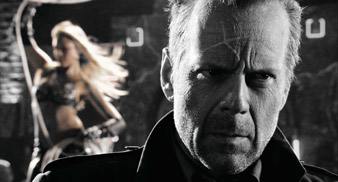 Supplying the now familiar quota of Hollywood glitz is George Lucas’ Star wars Episode III – Revenge Of The Sith, which screens Out Of Competition, and Robert Rodriguez Sin City, which in showing In Competiton.

The Festival runs May 11 – 22, and of course Uncut will be bringing you regular reports from the Croisette, so check back here regularly for the latest movie reviews of gossip.