Brexit’s impact on music: “Everything has or will be changed”

Billy Bragg, Cate Le Bon and more on the prospect of life beyond Europe 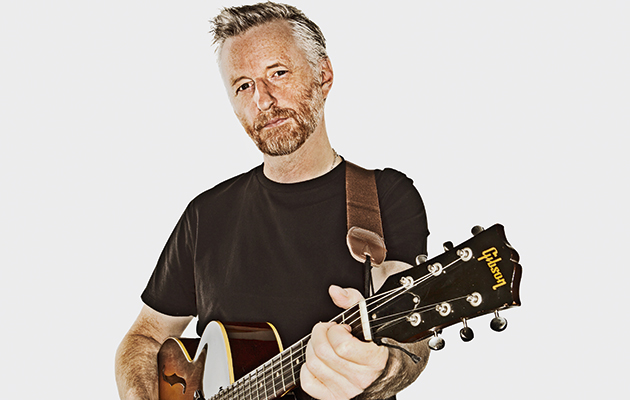 A month after the referendum that saw the UK vote to leave the EU, clarity about how the decision will affect British life remains in fairly short supply. What it means for the nation’s music industry pales in comparison to its potential consequences for the NHS, immigration, and human rights, but there is great uncertainty about its potential effect on touring bands, vinyl manufacturing and copyright law. The exigency of the overall decision, however, is entirely clear. “This is much bigger in terms of impact than the miner’s strike, more akin to the fall of the Berlin Wall,” says Billy Bragg. “Everything has or will be changed.”

Bragg was running his Left Field Stage at Glastonbury the day the vote came in. The audience welcomed his Friday night headline set at a volume usually reserved for the encore, buoying him through the performance. “The difficult song that night was ‘Between The Wars’,” he says. “When I came to the line, ‘Sweet moderation, heart of this nation, desert us not…’, the enormity of what had happened hit me and I trailed off, leaving the audience to take over singing the last lines of the song.” Protests against the vote were rife at the festival, with Damon Albarn expressing his despair as he joined the Orchestra of Syrian Musicians, and PJ Harvey reading John Donne’s “No Man Is An Island” during her set.

Completely turning our back on the EU would badly damage the prospects of future generations of musicians, says Bragg, though he’s hopeful that the UK might remain connected through membership of the European Economic Area. If not, experts have predicted great disruption to the British music industry. If free movement across Europe is inhibited, expensive visas and equipment documentation (carnets) may be implemented, hitting small touring bands hardest, and tour managers have warned that border controls between each EU state would make it hard for any band to rack up back-to-back gigs. European festivals pay better than their UK equivalents, so if the continent became harder to access, a crucial revenue stream could be restricted. (This works both ways – “music tourism” generated £3.1billion for the UK economy in 2014.)

There are concerns for what it would mean for trade. Vinyl sales are at a 20-year high in the UK, but with most LPs produced on the continent, import duty could increase already exorbitant prices, penalising the consumer and independent record shops. Britain could also be excluded from the EU’s copyright legislation reform – record label owners such as Moshi Moshi’s Michael McClatchey have identified Europe’s willingness to take on tech giants such as Google in the copyright fight, versus the UK’s more permissive stance. Britain’s musicians and venues could also be denied access to the £1.1billion in funding made available to the creative industries, and London might become less attractive for artists and music-related companies as a gateway to the rest of Europe. In short, the prospect is almost uniformly negative – unless you’re Jeff Beck. “All I know is, England was doing fine before this EU crap,” he told Uncut just before the referendum, ranting about how EU legislation has affected his friend’s farm. “Let’s have our country back. You know, good, bad or indifferent, wouldn’t it be nice? I don’t think that being part of a bunch of countries that hate the sight of us is a good idea.”

More measured takes came from Field Music’s David Brewis, who admits that he hasn’t really thought about how it will affect the music industry: “All that seems a bit inconsequential when you put it alongside not being able to staff the NHS.” His band will continue doing “what we always do”, he says. “Which is not to shy away from voicing our opinions about things, and to let all this horrible mess influence the music we make.” Portishead and BEAK>’s Geoff Barrow was also at Glastonbury when the vote came in, and awoke feeling “like I was on the moon”, he says. While saddened that the UK voted to leave, he believed “a restart button needed to be pressed on the British political system. Just a shame that it happened through this vote. I think British politics was as far out of touch with the British people as it could get. This vote gave them a voice, however misguided.”

Wales’ Cate Le Bon lives in LA these days, but was in France that fateful Friday. “Later that day, the man at the Bureau de Tourisme laughed mockingly while talking at me about the whole debacle,” she says. “While I knew I did not vote for this, I felt like I was now wearing its stinky coat.” She’s still taking stock of how she might respond through her art, but affirms the need for “the likeminded to collect and be visible and audible in the face of this hateful rhetoric by any means available. There has to be a counter-movement to UKIP and their likes and the deplorable political credence they’ve granted racism.”

Bragg agrees. “Cynicism is the enemy of all of us who want to make the world a better place and the best antidote to that is activism. However, songs can’t change the world, only the audience can do that, so it’s also my job to remind them of their responsibility to curb their cynicism and engage in the tumultuous debate that Brexit has created.” If there’s any positive to this, he thinks, it’s the potential for an uprising from younger generations. “Brexit will have woken them to the fact that, if they don’t speak out on issues, others will speak for them.”