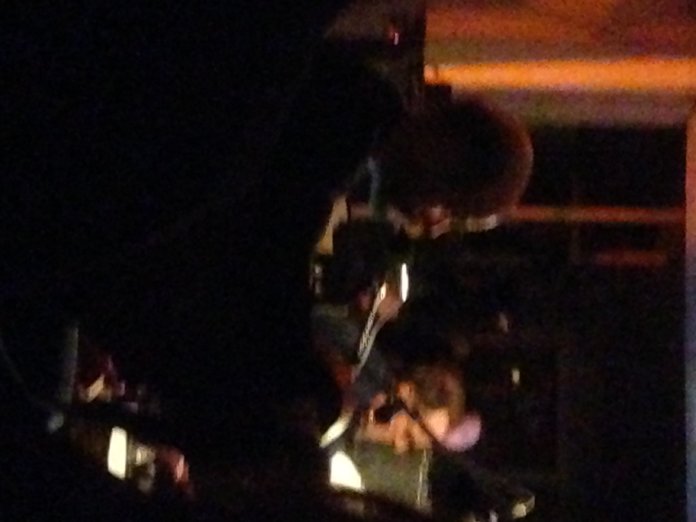 The mysteries of Will Oldham are such that, on the rare occasions when we actually learn something intimate about him, knowledge only seems to deepen the enigma. In a recent interview with the Aquarium Drunkard website, Oldham revealed that he’d spent the last 30 years collecting the gentle mottos contained in fortune cookies. He did not, characteristically, explain his motives. “I’ve always wondered why I keep these fortunes,” he told the interviewer, “and when we started to get together for this I thought, ‘Oh, this is going to be a good thing.’”

This, it turns out, is a project based around the wisdom of fortune cookies; a beatitudinous vibe-in in the company of three kosmische dudes from Chicago who go by the name of Bitchin Bajas. The hook-up has already produced an album, Epic Jammers And Fortunate Little Ditties, providing Oldham and his Bonnie ‘Prince’ Billy persona with an escape route from the environs of folk music. Now, the quartet have taken up residence at London’s Café Oto for three nights, during which they will usher in the New Age using synths, reeds, the odd guitar, myriad delays and a lyrical palette that consists entirely of those fortune cookie homilies.

As the Bajas hum empathetically, and Oldham recites the greatest hits of his cookie collection – “Your heart is pure, your mind is clear, your soul devout,” for instance – with a flourish of his right hand, a tiny light glowing on his index finger, it’s easy to see the whole operation as a satire on off-the-shelf spirituality. That would underestimate, though, the alluringly cultish ambience on this third night, and the sense that we are participating in a playful but profound exercise: how can context and performance invest even the most facile messaging with sacred heft?

Oldham has never sung better, his voice a tool of great strength and subtlety where once it was a parched croak. Even when loops allow him to harmonise with himself, there remains an uncanny clarity, as if this lavishly-bearded new guru has manifested simultaneously in all four corners of the room. The occasional zithers and flute, freestyling around Oldham’s incantations, mean that the closest comparison might be Brian Eno’s old protégé Laraaji: an artist deadly serious about his New Age explorations, but one who also uses laughter workshops as a means to achieve meditative bliss.

So it is, perhaps, with Oldham. Towards the end of the 90-minute set, he chooses one more gnomic insight from the cookie jar: “Laugh, and the world laughs with you. Snore, and you sleep alone.” By now, the quartet have been joined by the drummer Charles Hayward, fresh from the reunion of his old band, This Heat. Where Bitchin Bajas are discreet, Hayward is an edgier presence, working through his percussive arsenal of a tin drum, another tin drum, some bells, a gong, a bigger gong. Even his most vigorous clanks, however, cannot disrupt the yogic calm; it simply sounds like a complementary ritual being enacted in another part of the temple.

At one point, Hayward refrains from fiddling with his toys, and sets to more orthodox work on a snare drum. There is a zither, a persistent organ riff, a saxophone, and Oldham twanging away on mouth harp, and for a moment the clouds of metaphorical incense clear to reveal not improvising creatures of spirit, but fleshly guys jamming in a room, a sort of Spiritualized without the bombast. Oldham is dancing, provocatively, in his chair now, reincarnated as a grooving celebrant. “Your hard work is about to pay off,” he serenely pronounces. “Congratulations…”