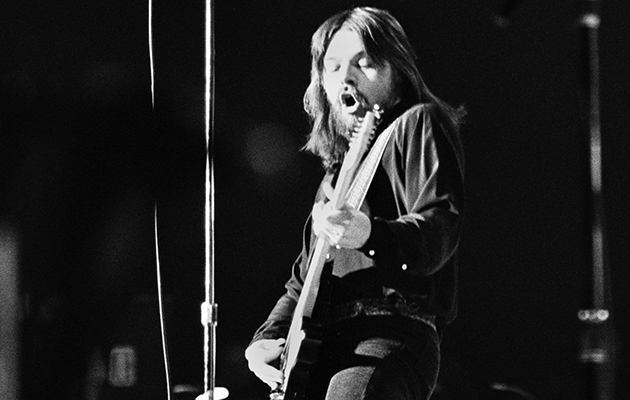 I toyed with making this a double album. When I told Springsteen that later, he just looked at me and said, “Why didn’t you?” I told him, “Tell me one double album that wouldn’t be a better single album.” Especially as producer Jimmy Iovine kept bitching at me, “All you do is work.” Imagine how much more I’d have worked if it was a double album. But I get a lot of satisfaction out of working hard. My inspiration for this was the movie, Annie Hall. That whole movie is about relationships, the power of relationships and the yin and the yang of them. “Little Victories” was the song that Springsteen loved from this record. Jimmy Iovine, Springsteen and I were up on Mullholland Drive. Bruce had just driven across the country, and what did he have in his hot little hand, but Born In The USA. He had this mega stereo inside this gigantic Ford something convertible, and I played him The Distance on it and he played me Born In The USA. After a while we had to drive around town, because we were so loud the neighbours came out on their lawns and told us to leave.

Face The Promise
EMI, 2006
After an 11-year hiatus that he’d spent in semi-retirement with his young family, Seger returned with his 16th studio LP. Fatherhood hadn’t mellowed him: this was a passionate album, fuelled by anger at commercialism, environmental issues and war in Iraq.

Sometimes I get mad at myself, because I sound like I’m preaching. But I feel strongly about certain things. I’ve always loved Joni Mitchell’s “Dog Eat Dog”, and told myself one of these days I’m going to write a song like that. “No Matter Who You Are” is that song. No matter who you are, someone will try to convince you that you should be someone else, or do something else. You’re going to get that no matter who you are. I think that’s important for everyone to know. But I think my favourite song is “Won’t Stop”. It’s so unbelievably different, and it’s just me and this great percussionist Eric Darken from Nashville, there’s nobody else on it. It’s just so frigging unusual. Addiction is just horrible and so I put it right after “Real Mean Bottle”. The other one I’m really proud of is “No More”, which is just my flat-out, total denunciation of that three trillion dollar megafuck called the Iraq War. It killed our economy, it killed the world’s economy.