Bob Johnston: “Don’t ever quit – don’t stop playing! If you do, don’t come back!”

What they ended up playing on was worth waiting for. Neither Dylan nor his songs ran on a regular timetable, so Johnston’s instructions to his assembled band of Nashville musicians were simple: “Don’t ever quit – don’t stop playing. And if you do, don’t come back.”

“No-one ever counted-off for Dylan,” remembers Bob. “He clicked off on his boot heel. He just started playing and that was it – and it was up to him to end it. With “Sad Eyed Lady…” When he ended the first verse and the little chorus there, I was yelling at them to carry on playing. Instead of ending after three minutes, it went on for 20 or something…

“I had the best in the world in my hand – there was no place I couldn’t go with him, so that’s where I went,” says Bob. “I think it’s the best record he ever cut – it was the best situation in the world when the New York people mixed with the Nashville people. They thought that the Nashville guys were country people but when they got through they had a symphony. Blonde On Blonde was the first symphony cut in Nashville!”

Nashville wasn’t ready for symphonies. When Bob took over as head of Columbia records in Nashville in 1967, the city’s Kings and Queens were outraged by Johnston’s salty attitude and the recent influx of longhairs. The city’s recording engineers, exhausted by his round-the-clock studio regime, threatened a work-to-rule. Charlie Daniels, today a southern rock legend, and who met Johnston for the first time in 1959, was now encouraged by him to move to the city.

“Nashville of the time was very cliquey, a small community of the same producers, same musicians, songwriters, record company heads, that had been in place for years,” says Daniels. “Bob was now in a position of power: over publishers, and songwriters, which musicians were hired to do sessions. They were very apprehensive about what he was going to do.”

“The first day I was down there, (country music entertainer) Minnie Pearl called up (Columbia executive) Clive Davis and said ‘We got to get rid of him, he’s stirring up trouble down here’,” Bob remembers. “I called Billboard and gave them a list of the artists I just dropped: (rhinestone-covered country music humorist) Jimmy Dickens, Minnie Pearl…”

“One engineer complained about Bob and how hard he made him work,” remembers Charlie Daniels, “and whoever was in charge at the time sent back a note to the effect of, ‘If Johnston tells you to put a microphone on the ceiling, the best thing you can do is go and get a very tall ladder…’ He was making them money. The first thing he did when he came to town was cut a number one on Marty Robbins.” 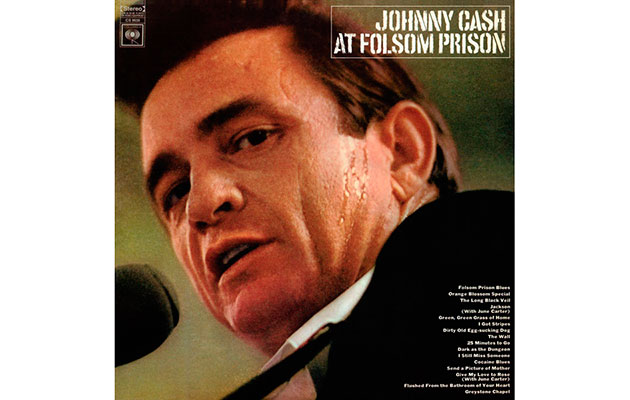 While anathema to some, Johnston’s irreverent attitude offered hope to others.

“Johnny Cash told me that he went to Sun about his idea to cut a record in a prison,” says Bob. “Sam Phillips told him that he would hold him to a five year contract – but wouldn’t record him – because he thought it was such a bad idea. Columbia told him the same thing. Cash called me and said, ‘Dylan told me that you could get things done. Is there anything you can do for me?’ I said to him, ‘Quit being a pussy and get ready to go to Folsom…’”