Songs for swingin’ Bobcats! Dylan salutes the magic of Sinatra... 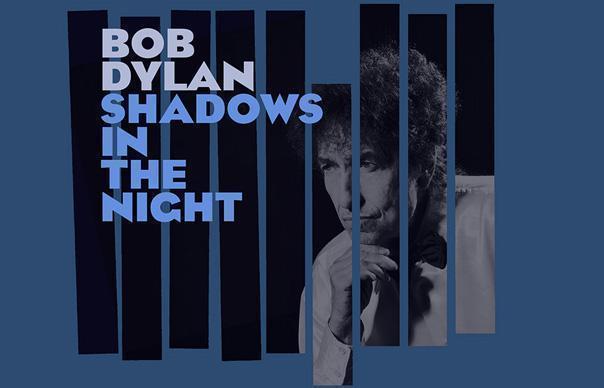 Songs for swingin’ Bobcats! Dylan salutes the magic of Sinatra…

When he attended Frank Sinatra’s funeral at the Beverly Hills’ Good Shepherd Catholic Church on May 20, 1998, Bob Dylan was enjoying a renewed sense of purpose. The previous year’s Time Out Of Mind – a spare, wintry lamentation of mortality and passing time – triggered a fresh burst of creativity that has now sustained Dylan well into the new millennium. But perhaps pausing for breath after the exertions of 2012’s Tempest – an album with plenty to say about violence and death – Dylan has circled back to Sinatra. In truth, the two men already have lengthy history together. Dylan has even had a crack at ol’ Blue Eyes before; both live and in the studio, recording an unreleased version of Sinatra’s “This Is My Love” during the Infidels sessions. For Shadows In The Night, however, Dylan has gone ‘full Frank’. The album features 10 songs popularised by Sinatra, mostly recorded in the 1940s for Columbia, Dylan’s current label. Presumably best placed to soak up the appropriate vibes, Dylan and his band – along with engineer Al Schmitt – decamped to Capitol Studio B, site of some of Sinatra’s biggest successes during the 1950s. “I don’t see myself as covering these songs in any way,” Dylan explained. “They’ve been covered enough. Buried, as a matter a fact. What me and my band are basically doing is uncovering them.”

The sessions for Shadows In The Night took place between February and March last year – T Bone Burnett told Uncut that while he was recording the ‘found’ Basement Tapes project, Lost On The River, Dylan was mixing in the studio next door. According to Schmitt – who also recently worked at Capitol on Neil Young’s Storytone album – Dylan and his band recorded 23 songs in total. Two months later, Dylan chose to stream “Full Moon And Empty Arms” on his website to coincide with the 16th anniversary of Sinatra’s death on May 14. It seems likely that Lost On The River hastened the release of The Complete Basement Tapes, effectively putting Shadows In The Night on hold until now: conveniently, the centenary of Sinatra’s birth.

His last album of covers, 2009’s Christmas In The Heart, exposed an unexpectedly nostalgic side to Dylan, and there is something roughly similar at work here on Shadows In The Night. Essentially, these songs reconnect Dylan with the music he grew up with. Looking at the span of the material featured here, Dylan was 1 when Sinatra recorded the album’s earliest song, 1942’s “The Night We Called It A Day”, and 22 by the time Sinatra came to sing the most recent, “Stay With Me” in 1963: the same year Dylan released his breakthrough Freewheelin’… album.

Evidently, Sinatra and Dylan are accomplished interpreters of other people’s material. But of course, both men are also very different singers. Sinatra was a master of the easy, self-assured baritone, and it’s to Dylan’s credit that he delivers his strongest vocal performance in recent memory on Shadows In The Night. For the opening track, he offers an intimate, dramatic reading of “I’m A Fool To Want You” (a rare writing credit for Sinatra), holding notes, annunciating clearly, while his voice is forefront in the mix. His phrasing, too, is careful and precise. “Time and time again I said I’d leave you” he sings, his voice rising through the line; then dropping to softly deliver the more contrite acknowledgment, “But there would come a time when I need you”. Around him, three horns, two trombones and a French horn parp mournfully like a sympathetic Greek chorus.

Indeed, Dylan’s song selection foregrounds Sinatra’s qualities as a romantic, melancholic singer; the first two songs open with haunting steel guitar from Donnie Herron to accentuate the material’s sombre nature. It’s possible that Shadows… is an attempt to reclaim Sinatra from the legions of singers who have diminished his legacy to cheesy Vegas barnstormers. Dylan mercifully avoids “Theme From New York, New York” or “My Way”; for the most part, these are pensive reflections on unrequited love, love gone wrong, love lost. The arrangements are modest and sensitive. On “The Night We Called It A Day”, for instance, the brass rises consolingly to meet Dylan as he calls time on another roman d’amour, “There wasn’t a thing left to say / The night we called it a day”. Musically, the album doesn’t deviate much from the template established with “Full Moon And Empty Arms”: the band are at their gentlest and most discretely responsive, their music nestling in Dylan’s own warm, pristine production. On “What’ll I Do”, for instance, it is possible to hear Dylan breathing close to the microphone during Charlie Sexton’s guitar interlude. You can catch every instrument, however low in the mix; keen listeners will note Tony Garnier’s bowed bass on the hymn-like “Stay With Me” (Dylan unveiled a live version at the Dolby Theatre in Hollywood on October 26, a few days before Shadows In The Night was formally announced.)

That same bowed bass gracefully glides through “Autumn Leaves”, complimented by Charlie Sexton’s beautiful, keening guitar intro and some mannerly finger picking from Stu Kimball. It’s a full 50 seconds before Dylan begins to sing – almost a third of the song’s 3:02 run time – but when he does, it turns out to be one of the album’s most effective deliveries. It’s tempting to speculate what personal experiences he is bringing to the song as he sighs ruminatively, “But I missed you most of all my darling”.

Meanwhile, “Why Try To Change Me Now” offers a change of pace. It’s a lighter number, which allows Dylan the opportunity to ask the deathless question, “Why can’t I be more conventional?”, before moving on to tackle “Some Enchanted Evening”. As with Sinatra, Dylan is a deft narrative storyteller, and here he presents the song as if he’s passing on hard-learned wisdom to the listener: “Once you have found her / Never let her go”, he counsels. Elsewhere, “Where Are You” further emphasises the rueful qualities of Sinatra’s ‘saloon songs’, beginning with another lingering pedal steel intro from Herron. “Where is the dream we started?,” asks Dylan. “Where is my happy ending?” A final “where are you?” is ragged, almost resentful. It’s another skilful interpretation, positioning Dylan’s narrator as an old man looking back through memories, good and bad. The album closes with “That Lucky Old Sun”, which Dylan previously covered live in 1986 and 2000. Augmented by two trumpets and a trombone it’s as close to a rousing, Hollywood-style ending as Dylan choses to get. “Lift me to paradise,” he sings defiantly, as the brass swells around him.

Essentially, Shadows In The Night posits Dylan as the latest interpreter of the Great American Songbook – a hit-or-miss legacy that tacitly connects Dylan to Paul McCartney, Rod Stewart, Ringo Starr, Harry Nilsson and Willie Nelson, as well as Michael Bublé and Harry Connick Jr. But while Shadows In The Night is nostalgic, it is not sentimental. As a celebration of classic songcraft, it is as sincere as any of Dylan’s many forays into traditional American roots idioms. But how does Sinatra measure up to Dylan’s other early heroes? “Right from the beginning he was there with the truth of things in his voice,” Dylan wrote in the days after Sinatra’s death. “His music had a profound influence on me, whether I knew it or not. He was one of the very few singers who sang without a mask.” Shadows In The Night, then, is Dylan’s way of saying thank you.