Pulp: A Film About Life, Death And Supermarkets

Jarvis and co shoot for a happy ending... 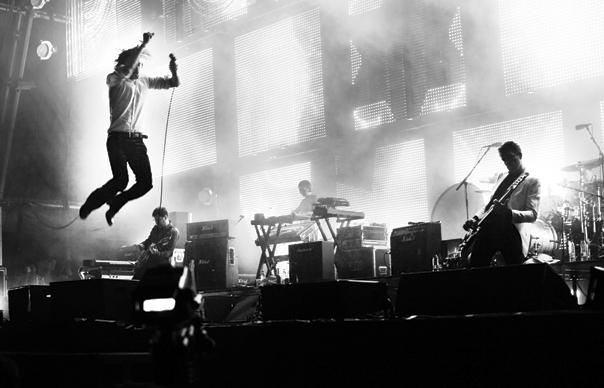 Jarvis and co shoot for a happy ending…

As anyone who has seen Svengali, 20 Feet From Stardom or Frank will have surely realised, we are not exactly living in a golden age of music films right now. Much of my problem with these films lies in the reductive treatment of their subjects – the Stone Roses, a clutch of (mostly) interesting backing singers, the life of Frank Sidebottom. That Pulp (subtitled A Film About Life, Death And Supermarkets) manages to drag the genre out of its slump is quite an achievement. As much as I like Pulp, it’s still hard to muster much enthusiasm for a band who – some spry reunion shows in 2011/12 aside – haven’t released any new music for over a decade and whose story has been rigorously documented elsewhere. arvis Cocker seems to implicitly understand the shortcomings of the proposal: “It didn’t feel like a good ending,” he admits. “I know that ‘tidying up’ isn’t the greatest rock’n’roll motivation but I did want to give the story a happy ending.” To reinforce how underwhelming all this might be, we then get some footage of Jarvis changing a flat tyre, feeding some ducks, riding a bicycle.

As it turns out, Jarvis is arguably the least interesting thing about this film from New Zealand based director Florian Habicht. The events in Pulp take place in Sheffield, on December 8, 2012, the day of the band’s last UK concert. It follows the individual band members, their fans and a handful of the city’s more colourful inhabitants as they prepare for this momentous event. The band themselves prove to be amiable, self-deprecating souls – in particular drummer Nick Banks, who we first meet coaching his daughter Jeannie’s football team, the Sheffield FC U14 Ladies, who are sponsored by Pulp. Elsewhere, interviewed in a local record shop, sometime member Richard Hawley notes of the 12 year gap between Pulp’s debut It and their creative peak Different Class, “marriages don’t last that long, governments don’t last that long.”

But the real stars are the good folks of Sheffield (“a medium sized city in the north of England,” says Jarvis helpfully): knife makers, fishmongers, school children, newspaper sellers, all of whom gamely offer their thoughts on Jarvis and Pulp. “When they first started out, I listened to their music with Blur,” says Josephine, a white-haired fan of uncertain age. “And of the two, I prefer Pulp.” Habicht also interviews the workers in the city’s Castle Market, where the teenage Cocker held down a Saturday job. Meanwhile, a dance troupe, U-nique, treat Habicht’s cameras to their routine for “Disco 2000” and the Sheffield Harmony vocal group deliver a fruity a cappella version of “Common People”. We also meet a nurse who’s travelled from Georgia for the show, and a local musician who found solace in Pulp’s music during an especially turbulent period in his life. “I thin the concert was OK,” reflects Cocker at the film’s close. ”It was important to do it, and I think it was good that we left Sheffield to the last thing. Life is a random process, I think, but you can add a narrative to it. And so by doing that, it just seemed logical that you would do this thing and finish in the place where it all started.”
Michael Bonner