Introducing the Ultimate Music Guide to The Velvet Underground 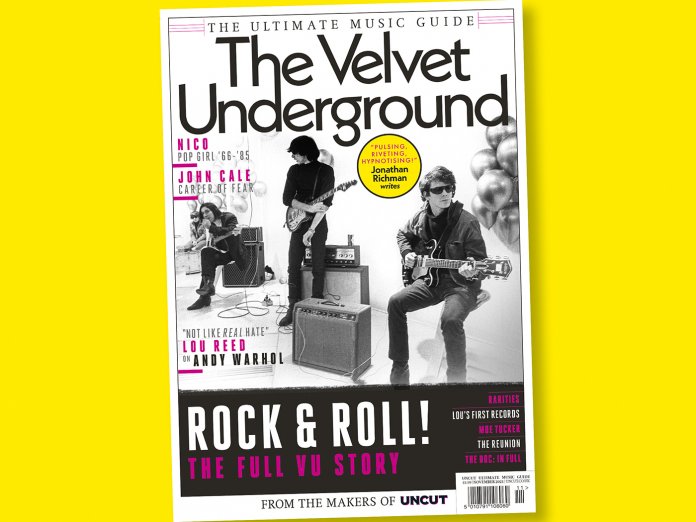 “What startling possibilities awaited us”

When Lou Reed died in 2013, Uncut lovingly entered into an enterprise tinged with a certain irony. This was our Ultimate Music Guide to Lou Reed: in which we commemorated the work of a musician who disdained veneration, and whose hostility to music journalists – any journalists, really – had weirdly become its own part of the story.

The best part of a decade later, with an excellent new Todd Haynes documentary revisiting this key part of Lou’s legacy, our latest Ultimate Music Guide puts The Velvet Underground at the centre of the story. On the following pages, you will read all about that band – their revolutionary beginnings, to their melodic streamlining, their disputed endgame, and their paradoxical reunion. We dive deep into much-loved recordings and unpack the darkest box set corners. There’s insightful new writing on the band and its diasporas, including a passionate account of their transitional 1968-9, from a scene-stealing star of the Haynes documentary, Jonathan Richman.

You will also find music by Velvets alumni John Cale and Nico assessed in the depth it deserves. As you’ll read on the following pages, post-VU the pair moved in very different orbits – Cale an in-demand producer/arranger and demented live performer; Nico leading a more sketchy and penurious existence, though not one without support – only to regroup at key moments. Even 30 years after their final collaboration, Cale still sounds floored by the power of Nico’s initial vision. “She’d had a hand in a couple of songs on Chelsea Girl,” he recalls for Allan Jones in 2011, “but where the songs for Marble Index came from I don’t know. That’s a mystery.”

Their shared history wasn’t all good but they couldn’t ever completely outrun it. “I was in the Velvet Underground,” Nico needlessly reminds one enthused NME reporter in 1981. “I was always going to do rock ‘n’ roll – even if only for one album.” In the selected archival interviews with Lou Reed included here, the Velvets are never far from his thoughts. “If you played the first three albums in order,” he tells Richard Williams in 1972, “it would really make huge total sense”. “How lucky we were,” he tells Danny Kelly in 1990, “to be involved with something so perfect first time around.”

Were it have been up to him, you suspect Lou would have liked the last words on the Velvet Underground to have been his own. In this publication at least, they belong to Cale – though Lou perhaps might have grudgingly agreed with Cale’s sentiment. Namely, that disagreement – with each other; with the status quo, was the band’s priceless creative spark.

“We understood how our differences, if cultivated, could turn everything in music on its head,” Cale tells Uncut, “and show what startling possibilities awaited us.”