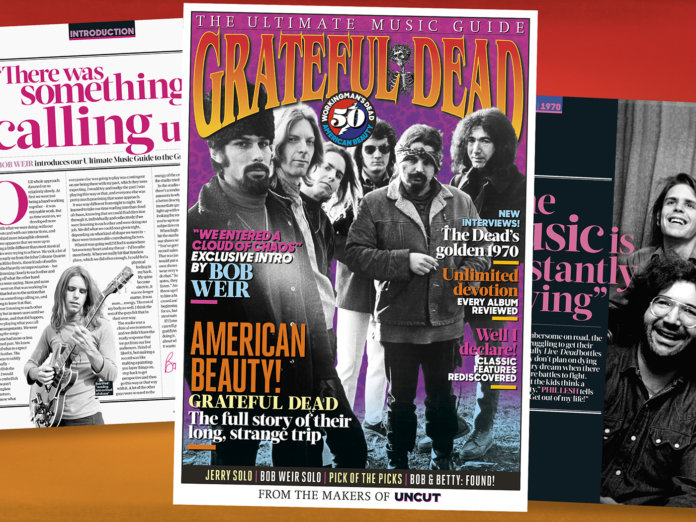 Meeting your heroes can be disappointing. As you’ll read in our new Ultimate Music Guide, when Melody Maker’s Steve Sutherland travelled to meet the Grateful Dead in California, it was nothing of the kind. On his visit to the band’s HQ in San Rafael in 1989, he found not only an engaged and businesslike organisation – playing benefits for AIDS and environmental awareness; running their own ticketing operation – but also a generational icon who retained all of his lustre.

Back from the clutches of drug addiction, fresh from the success of the band’s In The Dark album and its breakout single “Touch Of Grey”, working on new music and a new album – this, in customarily voluble form, was Jerry Garcia. Ready and willing to talk about psychedelic adventures past, film projects future and Bob Dylan’s dog situation (present), the guitarist was a twinkling and avuncular host.

It’s now 25 years since Garcia’s death (we’re a month or so after what would have been his 78th birthday), but his presence beams from the archive interviews and the music we give detailed attention to in this new publication. Always old heads on young shoulders, the band he led had lived a life on a tightrope between musical scholarship and chemical-sociological change before they even recorded their debut album.

If it was hard for them to fit in the sum of their experience into that debut, it was a struggle which informed and energised rather than troubled the band from that point on. The next 30 years were spent chasing something down in their music, which blossomed ever outward. Their releases span official live albums like the superb Live/Dead or Skull & Roses. There are great studio records like Workingman’s Dead and American Beauty, both now 50 years old. And all this ran parallel to an unofficial history of live recordings, all – with some foresight – permitted by the band.

The band saw themselves as fingers on a hand, which you might see guiding the music along its way, a journey which may not be completely done. As Bob Weir tells us in his exclusive introduction to this issue, he doesn’t only think about what Grateful Dead music has done so far, but also about what’s next, “where it wants to go…”

We’re looking forward to being your guide through the story so far. Order your copy of the Ultimate Music Guide to the Grateful Dead by clicking here – available while stocks last is a very limited quantity of Baron Wolman’s “Jerry waving” cover: 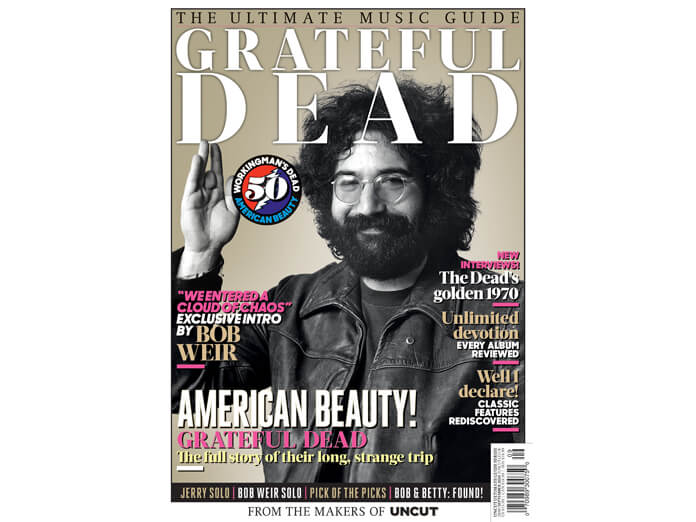