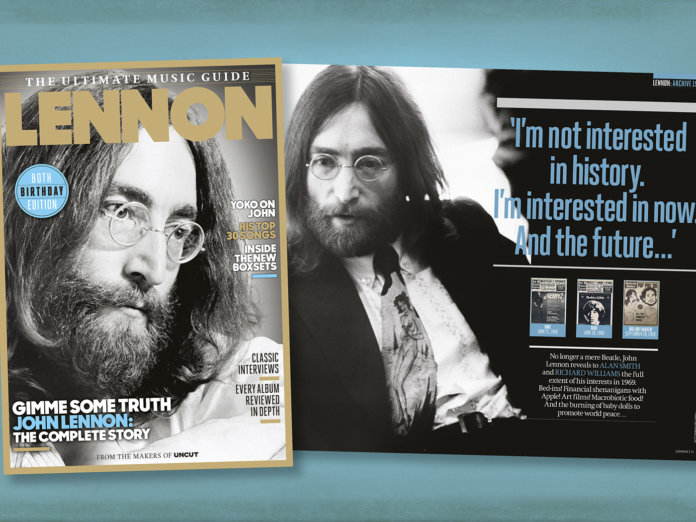 This deluxe, remastered edition of the Ultimate Music Guide arrives with you on October 8, to celebrate what would have been John Lennon’s 80th birthday the following day. Lennon’s tragedy, and ours, is that he never got to celebrate it, his life senselessly cut off in its prime.

Neil Spencer, NME’s editor in 1980, recently told me how the paper responded to the news. Lennon was murdered on the Monday, with news reaching him in London early on Tuesday morning. It was NME’s press day, but there was still enough time to act. (“It gave us the opportunity to be journalists,” he said.) After a tearful drive up the M1 to the printers in Kettering, Spencer and supporting staff collated their coverage. A report from Joe Stevens in New York. A piece on Lennon’s musical journey by Roy Carr. A precis of Lennon’s last interview. On a typewriter at the printers, meanwhile, staffer Charles Shaar Murray (“saving the day as he often did”) wrote a personal reaction. The headline on the cover was “War Is Over, If You Want It”.

Peace and love were Lennon’s key messages and as the days passed, Neil used them as the cornerstone of the obituary printed the following week in the paper’s Christmas issue. A meditation on Lennon’s life but also unselfconsciously on how life might be lived, it reflected on how Lennon’s lesson was to find an honourable course and try to stick to it.

Lennon certainly wasn’t perfect, but his honesty and his conviction, Spencer wrote, would live on after him. “Like most of us he was often selfish and unpleasant, but he was never miserly with himself or his soul, at least not in the latter part of his life. He gave. He shared. And now he’s gone, we too seem diminished. The part of us that responded to the man’s essential goodness, his dignity, his openness, and his optimism will be that much more difficult to locate without him around.”

Were Lennon around today we would surely benefit from his caustic verdict on the world we live in. As you’ll rediscover in this new deluxe edition, even in his absence, his music and his outlook remains as bracing as it ever was.